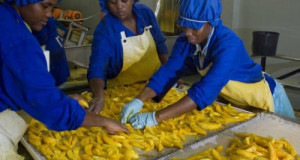 The 6th edition of the international agri-food fair of Yaoundé (Sialy) is scheduled for next July 1 to 7 on the esplanade of the city’s National Museum, event organizers inform.

More than 250,000 visitors from over 10 countries are expected and as usual, this year, the event will focus on exhibition-fair, conferences, workshops and B2B meetings. 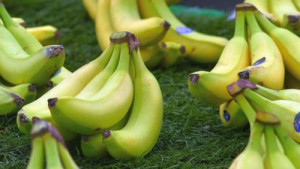 Banana exports in Cameroon over the first three months this year reached 62,961 tons, up 3,817 compared to the 59,144 tons the same period last year, the country’s banana association -Asobacam- revealed.

Higher shipment volumes were achieved despite the non-activity of Cameroon Development Corporation (CDC), a major sector player, which has suspended shipments since September 2018 due to the crisis in the Anglophone regions where the company owns plantations.

Minor player Boh Plantations also actively participated in this upturn in Cameroonian banana exports; its shipments almost doubled, from 2,449 tons to 4,894 tons over the period reviewed. 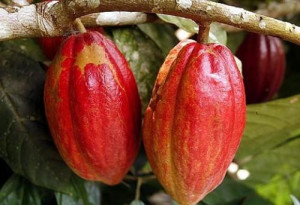 Cocoa farm gate price in production basins has stabilized at above XAF1,000 per kg since March 2019 and early April. Prices have slightly improved now ranging between XAF1,050-1,100 against XAF1,030-1,070 the previous month, according to data compiled by the Sectors’ Information System (SIF).

This minor rise occurs at a time the short rainy season is in full swing; a period during which bean prices generally fall due to the bad condition of roads that makes access to production areas difficult. Such an unusual trend can be explained by the scarcity of beans, as exporters and their traders no longer have access to much of the production from the Southwest region, Cameroon's main basin, due to the Anglophone crisis. 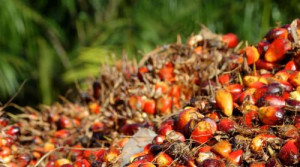 Société camerounaise de palmeraies Socapalm, Cameroonian arm of Luxembourg Socfin, posted a net result of €17.370 million (XAF11.3 billion) in 2018, against €15.707 million in 2017 (XAF10.2 billion). This reflects an increase by about XAF1.1 billion over the one year period. 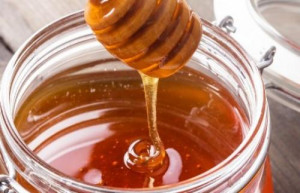 The 1,212 beekeepers in Adamaoua, north region of Cameroon, produced nearly 600,000 liters of honey in 2017, according to figures provided by L’œil du Sahel.

This volume which mainly supplied the Cameroonian and Nigerian markets is, pending 2018 statistics, forecasted to decline in 2018. Same downward trend is seen for 2019, due to hostage takings targeting farmers in the region.

“Herdsmen are major honey producers in the region of Adamaoua. Wherever they go, they search for hives and collect honey. But with the hostage takings, production has drastically dropped,” said an official of the regional delegation of the livestock department. 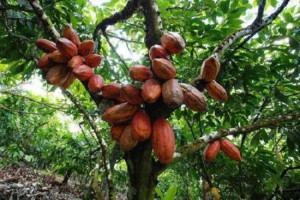 Whilst Cameroon aimed for 600,000 tons of cocoa in 2020, indicators now show targets will not be hit as envisaged in the cocoa-coffee stimulus package adopted in 2014 by the government. Production in 2020 is now forecasted to be 285,000 tons, according to Fitch Solutions.

As a reminder, the country is still suffering unrest in the Anglophone regions which are major bean production areas. But new plantations with improved yields are gradually entering production, thanks to the “New Generation” program, aiming to rejuvenate trees and create new plantations, launched in 2012 by the cocoa-coffee inter profession.

The program already created 1,533 hectares of cocoa across the country, plan initiators said. A scheme emerged when a recent study found the average age of producers exceeded 60 years in some production areas. Under the program, young people interested in the field received a 3-year training at the end of which trainees who undertake to create at least 3 hectares of cocoa farm receive support (except land and workforce) and adequate follow-up, to become agricultural entrepreneurs, specialized in cocoa production. Support is provided by the cocoa-coffee inter profession.

However, this program alone is not enough to give the sector a new strong breathe. Already considered doomed to failure by some experts, the plan was not implemented effectively mainly because of the difficulties in mobilizing the required investment of XAF600 billion.

Even the increase by nearly 300% in the beans export tax at the beginning of the 2014-2015 cocoa season, with a view to financing the stimulus package did not make it possible to mobilize the expected monies.

During the 2017-2018 cocoa season the Cameroonian government granted a 50% reduction on this levy, so that exporters could buy the beans from local producers at attractive prices. The measure was to help local growers withstand falling world prices.

Cameroon: Food industry expanded from 764 to 2,564 companies, over the past decade 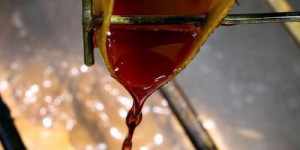 Over the past decade, the Cameroonian food industry welcomed about 1,800 new companies since the number grew from 764 to 2,564 in the 10-year period. Figures were unveiled in a presentation by the Minister of Industry (Minmidt), Gabriel Dodo Ndocke, on March 28 in Yaoundé during a Cabinet meeting chaired by Prime Minister Joseph Dion Ngute.

Between 2009 and 2016, the official said, the industrial processing of items such as palm oil, cocoa, tea and sugar strongly developed. Today, the processing of agricultural products represents 28% of the added value of the secondary sector, excluding oil, in Cameroon.

However, Cameroon’s industrial fabric remains very unbalanced insofar as 3% of companies produce more than 95% of the added value.

Talking of barriers to the development of the agricultural processing industry, the Minister of Industry mentioned, among other things, the obsolescence of the production machinery, the inadequacy of transport infrastructures, the difficulties in accessing financing and production factors, as well as the unavailability of raw materials in some cases.

Solutions, according to him, lie in the institutional structuring, which requires that government bodies, the private sector and development partners join forces. Are also listed the creation of land reserves, the opening up of production basins, the availability of electricity in quantity and quality, and the development of transport infrastructure.

For Mr. Ndocke, there is also a need for operational structuring, through the development of value chains with Technology and Innovation Support Centers, the establishment of reference technology parks and agro-industrial complexes. In addition, he points out the strengthening of mechanisms to support small and medium-sized industries, through the promotion of economic patriotism and the establishment of an infrastructure to ensure the quality of local products through the standardization of associated specifications. 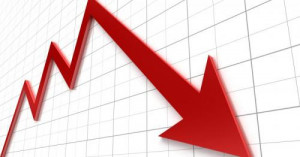 Such dire situation was foreseen by the company which already announced the second half (H2 2018) would be tougher than the first. “On the palm oil market [on which Safacam also operates], the decline in production at the end of the year does not allow for such sustained activity as in the first half of the year. Regarding rubber, there is still uncertainty about the evolution of international prices, which continues to decline,” Safacam announced. In other words, performance during the first half was diluted in the second half. 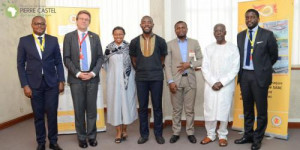 Cameroonian Brewer SABC officially kicked off March 27, 2019, in Douala, activities for the 2nd edition of the Prix Pierre Castel, a prize that rewards youth-led agriculture or agribusiness project. Project leaders must be between 18 and 45.

Like the first edition held last year, the event targets three countries namely Burkina Faso, Cameroon and Côte d'Ivoire. In Cameroon, where the competition is organized in partnership with the Chamber of Commerce, application period is April 2 to May 17. A pre-selection phase will list 10 projects and a jury will finally pick the winner. The winning project will receive XAF10 million as well as technical support and a sponsor support.

The Pierre Castel Fund also aims to finance a Pierre Castel professorship at the University of Dschang, in the western region of the country, in order to promote innovation and agricultural change, according to official reports.

The 2018 winner in Cameroon was Flavian Kouatcha, who competed with an aquaponics project (combined cultivation of vegetables and fish). 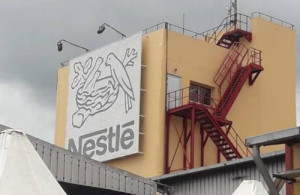 Since January 2017, Nestlé Cameroon stopped production of its local coffee-based beverage Nescafé, whose commercialization was launched in January 2015.

According to internal sources at the company that revealed the news, the measure is in response to the lack of profitability for this product packaged in 2-gram bags. They say, the coffee purchased on the local market is shipped to Nestlé Côte d'Ivoire where it is first processed. The semi-finished product is then reshipped to Cameroon for a second processing before being packaged and marketed.

All along this long haul, the company has to pay for customs duties and though fees were reduced thanks to the “outward processing scheme” provided for by the Cameroonian Customs Code, the Nescafé “made in Cameroon” was not competitive on the local market ; a situation that ended the dream of many local coffee growers to benefit from a partnership with Nestlé Cameroon.

Back in 2015, when they were launching the marketing of this beverage, Nestlé Cameroon's managers announced they were planning to terminate partnership with Singaporean Olam to start sourcing from local coffee growers, through cooperatives.

This collaboration with producers was part of a global movement to enable the Swiss food giant to be in direct contact with more than 340,000 coffee growers. The move is already adopted in Côte d'Ivoire and Ghana, but will emerge in Cameroon, to the great displeasure of local producers and the entire coffee sector, which is seeking a helping hand.