MTN Cameroun’s performance under pressure since the market was opened to Nexttel, first holder of a 3G licence 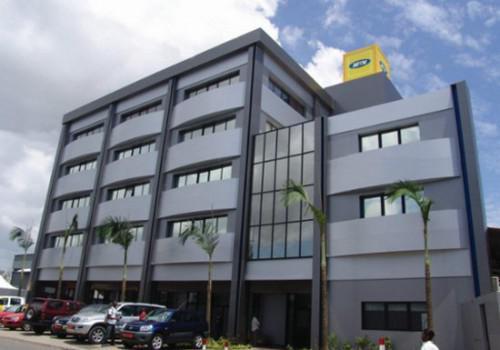 (Business in Cameroon) - During the last quarter of 2014, the customer base of MTN Cameroon, local subsidiary of the South African telecommunications group MTN International, registers the highest drop in 16 years of activity in the country. Based on the financial report for the year 2014 published by the group, the customer base of this mobile operator decreased by 1.6 million subscribers during the period under review, moving from 11.3 million clients at the end of September, to 9.7 million registered clients only at 31 December 2014; due to the adoption “internally, of a new method to determine the customer base”, highlights the report.

However, this sizeable reduction in the number of clients registered with the mobile telephony leader in Cameroon (a market share of 59.4%, according to the 2014 MTN group report) coincides with the launch, in September of the same year, of the operations of Nexttel, subsidiary of the Vietnamese group Viettel, holder of the 3rd mobile licence in the country and first operator to roll out the 3G technology in Cameroon. This new configuration in the Cameroonian mobile market was not only detrimental to MTN. It was also the case for the French group Orange, number 2 in the market, who lost 280,000 customers during the last quarter of 2014, according to the official financial report of the group.

“Since the launch of our activities on 22 September, we are happy to see that we are popular with subscribers”, the company posted on its Facebook page on 27 September 2014. “We are the pioneers on the 3G market and are proud to bring happiness to Cameroonians”, the company continued in his post on the social network. Indeed, eight months after the official opening of the network, the 3rd mobile telephony operator in Cameroon was already “celebrating” 2 million subscribers, we learned through an advert published in the local press throughout the first week of June 2015.

In the same document, the management of Nexttel explains this performance via a fast coverage of the country (81%) and, above all, the efficiency offered by the 3G technology, which until then lacked at MTN and Orange Cameroun, both having to renegotiate new licences by 2015. Moreover, with the enthusiasm noted for Nexttel SIM cards, MTN Cameroun registered a new reduction in its customer base in 2015, this performance indicator having moved from 9.7 million at the end of the year 2014 to 9.2 million subscribers during the year ending on 31 December 2015, reveals the financial report of the group MTN International.

Turnover dropping by FCfa 15 billion in 2015

This pressure on the customer base of the leader in the mobile telephony market in Cameroon, since the arrival of a 3rd operator negatively impacted on the operational performance of the company, despite the multiple promotional offers. According to the financial statements of the group, the turnover of MTN Cameroun went from FCfa 241.1 billion in 2014 to FCfa 226 billion in 2015, a decrease of FCfa 15 billion (-4.6%) in a year only. Officially, the company however ended the year 2016 with an increase in its turnover (+6.7%) and its customer base, at 9.9 million subscribers (+7.5%). This dual increase can be explained by the acquisition of 3G and 4G licences in March 2015, for a cost of FCfa 75 billion.

We must note that the investments made in 3G and 4G helped to revert some trends in the recent financial statements of MTN Cameroun, which the company itself explained in its various reports as “strong competition”. Indeed, boosted by the increase in the number of 3G and 4G sites from 2015, the data revenues have an increasing importance in the turnover of the mobile market leader in Cameroon.

Based on the financial reports of MTN Cameroun, the revenues generated on this segment increased by 67.5% in 2015, against a comparatively exponential increase of 78% registered during the first quarter of 2016. Thanks to the deployment of 463 sites for 3G and 267 sites for LTE (4G) during 2016, the data revenues represented 19% in the turnover of this telecommunications operator during that year, against 13.7% only at the end of the 3rd quarter of 2015.

4G Battle on the horizon between MTN and Nexttel

With the recent announcement made by Nexttel to roll out “the real 4G” (a reference to the controversy which came about in December 2015over the real existence of this technology in the country after the simultaneous launch by MTN and Orange, followed by the declaration from the national regulatory office indicating that it had not granted any 4G bandwidth to these operators) in Cameroon starting from 2017, one can fear that the data revenues of the local subsidiary of MTN will be under pressure, considering the appeal generated by Nexttel services on the Cameroonian consumers.

Indeed, since the start of 2017, the third mobile operator in Cameroon announced on its website having secured a customer base of 3 million subscribers, just over 2 years after the launch of its activities in September 2014. The performances achieved by this company are such that Cameroon has become the first market for Viettel group in Africa during the first half of 2016, with global revenues of FCfa 21 billion (USD 35.9 million), revealed the Vietnamese firm in its financial statement.

According to official statistics, during the first half of 2016, the global revenues of Nexttel, subsidiary of the Viettel group in Cameroon, were higher than those of other African subsidiaries which are Halotel in Tanzania (USD 25 million over the same period), Movitel in Mozambique (USD 33 million) and Lumitel in Burundi (USD 18.26 million).

Based on the projections of Ovum, a British company specialised in strategic analysis for the networks and telecommunications industry, Nexttel foothold will grow in the telecommunications market in Cameroon over the 2017-2021 period. Indeed, we learned, out of the 6 million new mobile customers in the country during this period, the highest increase will be registered for Nexttel, who will expand its customer base by close to 14%, against 6.7% for Orange Cameroun and only 3.6% for MTN.

Moreover, during the period under review, the same source forecasts, market shares for all mobile operators currently in activity in Cameroon will increase, at the expense of MTN Cameroon. In practical terms, in 2021, the current leader in the mobile market will only cover 44.6% of the market, against 53.6% at end February 2017, a drop of 6% over a period of 5 years. At the same time, highlights Ovum.