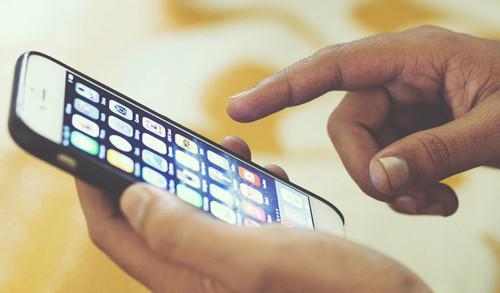 (Business in Cameroon) - It was a message received on 31 July 2017 by some Orange Cameroun customers, which alerted subscribers to the Mobile Money service. Since 1 August 2017, in principle (operations carried out the day before were still charged based on the old tariffs, Ed.) the price list for this service, through which money transfer operations and payments can be carried out via mobile telephone, was revised.

The main movelty of this new pricing, which could change again in the coming days, according to our sources at Orange Cameroun, is that money transfers between two Orange Money accounts will now be charged, while it had been free since the launch of this service in 2011. Therefore, for a transfer from one Orange Money account to the other, the sender will now have to pay between FCfa 50 and 400, depending on the amount transferred (Fcfa 500 to one million), irrespective of the cash withdrawal fees which will be taken out of the beneficiary’s account.

With regards to the cash withdrawal fees, they are not only increasing, but the brackets in the price list have also changed. Based on the new rates, for example, withdrawals between FCfa 25,000 and 50,000 will now cost FCfa 700 to an Orange Money account holder, against FCfa 400 for withdrawal of FCfa 25,000 and FCfa 700 for a withdrawal of FCfa 50,000 previously. In this bracket, money transfer to a beneficiary who does not hold a Mobile Money will now cost FCfa 900.

For withdrawals exceeding FCfa 500,000, the client will now have to pay FCfa 2,800, against FCfa 2,500 previously, an increase of FCfa 300. “This is, in reality, a tariff adjustment which was made in light of the absolute priority of maintaining a good quality of service for our clients and continue developing the Orange Money activity”, claims a source within the Cameroonian subsidiary of the French telecoms group.

The revision of the mobile money tariffs introduced on 1st August by the operator Orange Cameroun comes only a little over a month after the one effected by MTN, which went almost unnoticed, but has also been mentioned on social networks since 31 July. Indeed, it is the Cameroonian subsidiary of the South African group MTN International, who started this mechanism of tariff adjustment, by establishing a new price list taking effect from 21 July 2017, confirm sources within the company. Just as with Orange, (and even Express Union mobile who also updated its rates), money transfers between two MTN Cameroun mobile accounts, previously free, are now charged between FCfa 50 and 500 based on the amount (FCfa 100 to one million).

However, specifies an authorised source at MTN Cameroun, “cash deposits on mobile money accounts are still free of charge”. The same source specifies that the new price list is meant to encourage the movement of funds in the mobile money “ecosystem”, through transfers and other payments; and discourage, as much as possible, cash withdrawals. This is the reason for which, the source observed, withdrawals are more expensive that transfers between accounts or payments of bills and other various services.

Immediately after the revelation of this tariff increase for mobile money transfer services, consumer rights organisations took actions, to denounce the “illegal and unilateral” nature of the decision taken by mobile operators to increase their service fees. “Adjustments are done following the strict conditions set up by BEAC (Bank of Central African States,Ed.). Before any adjustment, we carry out a number of studies to verify that conditions are met to ensure a secured and beneficial use of the service by our clients”, replied a manager at Orange Cameroun.

As a reminder, the Mobile Money service, rapidly growing in Cameroon for some years now, officially had 5.4 million users at end 2016, including 2.8 million clients for Orange Money and 2.6 million customers for MTN Mobile Money, including 300,000 new clients registered between June and September 2016. According to the Telecommunications Regulatory Agency (ART), between 2011 (when the service was launched in the country) and 2014, the volume of financial transactions carried out on mobile accounts in Cameroon had already reached FCfa 72 billion. Orange, the leader in this market segment, has no less than 8,000 sales points throughout the country.

The General Tax Directorate (DGI), in a recent note, reminded Cameroonian taxpayers of a tax moderation procedure that will help them clear their tax...

In Cameroon, the government is finalizing a protocol to manage international flights, as the country prepares to resume air transport. This was disclosed...

Cameroon: Loggers demand 1.5% reduction of felling tax to cope with the Covid-19 shocks

CEMAC: Cameroonian banks captured 20% of liquidity injected by the BEAC in Feb 2020