Huawei energy digitalization. What is all about? (by DU YIN, Huawei Cameroon General Manager) 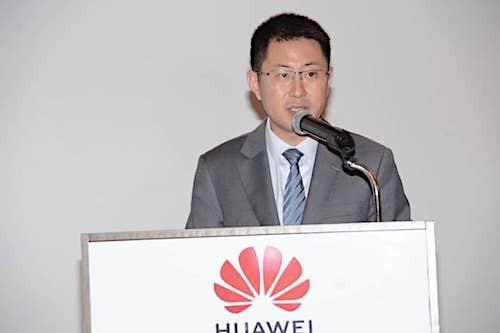 ( HUAWEI) - Climate changes and their impact on life and the environment are more and more damaging. Amongst the solutions, Huawei energy digitalization. What is all about?  Mr. DU YIN, Huawei Cameroon General Manager tells us more.

What is the aim behind the “Energy Forum?”

Nowadays, it is possible to see the deterioration of climatic conditions all over the world. Whether it's a strong heat in the middle of winter in Europe, or the presence of snow in a tropical country that knows only sun and rain like Cameroon, or the reduction of increasingly devastating rains depriving people of their homes and even of their lives.

Noting this, Huawei has decided to develop an energy digitalization project and share its expertise with economic actors operating in this field during a forum to promote experience sharing. This project is based on the promotion of renewable energies, and would protect the environment and limit the damage of pollution.

What do you think can be the added value of the “leading energy digitalization for a zero-carbon and green smart society” for Cameroon?

In Cameroon, the energy sector is mainly dominated by hydropower, natural gas and crude oil. These last two sources are fossil fuels; so they contribute to the deterioration of the climate and therefore to the destruction of the ecosystem.

In my opinion, the digitization of energy in Cameroon would bring real change both on an ecological and industrial level by limiting or even eliminating CO2 emissions, which would help restore the country's climate system, and also by promoting preservation of natural resources, the inexhaustible production of electricity thanks to renewable energies such as the sun, economic development due to low-cost energy at hand and the multiplication of industrial production.

Moreover, with the smart green society that Huawei proposes, there would be a huge reduction in accidents on the highways, since there would be sensors to detect the movement of each car on the road, and smart technologies would greatly increase the decrease in traffic aggressiveness of individuals. With the rise of green energy, debris in the oceans and litter on the streets would also be reduced.