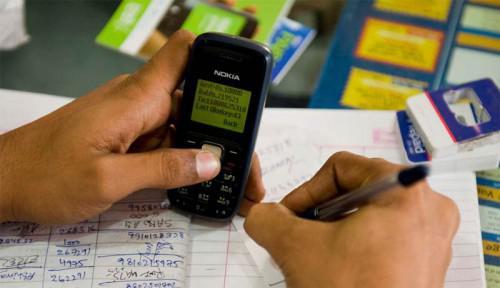 (Business in Cameroon) - The battle in the electronic transfer of money in Cameroon is now also being played out in the courts and other involved regulatory authorities. According to official sources, the money transfer company Express Union, which has extended its range of services to microfinance for some years, appealed to the Ministry of Post and Telecommunications and the Telecommunications Regulatory Authority (Agence de Régulation des Télécommunications - ART) some weeks ago, to denounce "anti-competitive practices" that it is subjected to from mobile telephone operators MTN and Orange, who operate in the market segment of Mobile Money since 2011.

In other words, we learn from internal sources of this enterprise, Express Union Mobile Money blames these two giants in the Cameroonian mobile market, of wanting to bring down its service Express Union Mobile Money, which enables a client with an account in their books, to conduct transactions on his account from a mobile telephone. These operations are only possible thanks to the code *050# attributed by ART to the company LMT, partner of Express Union on value added services. Available to all mobile telephone subscribers, this code is billed to clients at the price of an SMS, we learn.

According to Express Union, in order to undermine this service, and thus attract Express Union Mobile Money clients towards their own mobile money transfer services, that are MTN Mobile Money and Orange Money, the two biggest operators of the mobile market in Cameroon have adopted increasing access tariffs to the code *050#, or simply blocked it.

In specific terms, accuses Express Union, the percentage of the increase decided by Orange Cameroon is at 600%, going from FCfa 20 to FCfa 153. As for MTN Cameroon, maintains Express Union, after an "attempt to increase" the access tariff of the code *050#, from FCfa 20 to FCfa 220, the Cameroonian subsidiary of the South African group MTN International simply suspended the disputed access code.

This "dispute" with MTN Cameroon has moreover been the subject of a judicial decision pronounced on 24 January 2017 by the Tribunal of First Instance of the Yaoundé Administrative Centre. This court had then ordered the mobile operator to restore, in its entirety, the portal USSD *050#, subject to FCfa 500,000 penalty for each day's delay. MTN Cameroon then appealed the decision, while reestablishing the code from the month of February, before suspending it again last May, we learn.

At MTN as well as at Orange, these accusations of "anti competitive practices" are qualified as unfounded. "Orange does not have a partnership with Express Union  on the *050#. Short codes are managed within the framework of multiform partnerships, whose details are regulated by laws and regulations in force. Orange, for its part, remains committed to its strategy of developing partnerships to enrich the content that it offers to its clientele", specifies Orange Cameroon.

It is the same story at competitor MTN. "No contract ties MTN Cameroon to Express Union on the subject of the code USSD *050#. We have been surprised to be attacked in court by this microfinance institution. The code USSD *050# concerned belongs to the company LMT, a provider of value added services with whom MTN had a pilot contract to deliver services to clients through the said code. The contract expired and MTN informed LMT of its decision not to renew it and thus, to no longer authorise the provision of services through its portal. We have in that respect no dispute with our owner partner of the code in question", explains MTN.

And the operator leader in the Cameroonian mobile market continues, a bit suspiciously of Express Union: "we have observed some rather curious dealings of this establishment. For example, it uses, without our authorisation, the brand "Mobile Money" to market its services. Isn't that a clear desire there to create confusion in the mind? If one should speak about unfair competition, it is should be at the expense of MTN Cameroon and not the reverse".