Nexttel partners with Gilat telecom to deploy 4G in Cameroon 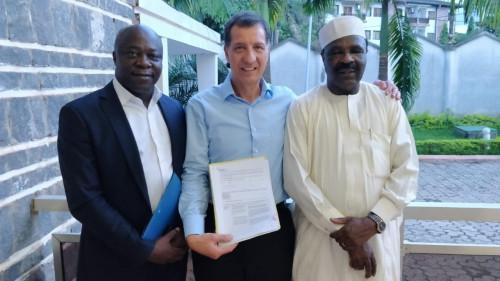 (Business in Cameroon) - The Israeli operator Gilat Telecom (formerly known as Gilat Satcom) announced August 15 it was picked by Nexttel to deploy 4G service across Cameroon. This means the nation’s 3rd operator “will use the optic fiber network of Gilat in Cameroon and Africa to provide its customers with a fast and reliable broadband service,” Gilat said in a statement.

Gilat Telecom, which already operates via subsidiaries or partnerships in DR Congo, Ghana, Uganda, Nigeria and Zambia, was chosen following a tender which has also seen the participation of major telecom service providers in Africa.

“The demand for mobile broadband services is very high in Cameroon.  People require a reliable and fast network to access online service via mobile phone. We are investing heavily in our infrastructure in Africa, which allows us to win big clients such as Nexttel,” said Dan Zajicek CEO of Gilat Telecom.

Nexttel, the first mobile operator in Cameroon to be granted a 3G license, which it had difficulty operating between 2012 and 2014, is a company controlled by Vietnamese group Viettel. The rapid growth of this operator on the local market, thanks to the quality of its Internet service and the coverage of rural areas, enabled Cameroon to become the group’s first market in Africa, as of H1 2016. Nexttel intends to keep this position by launching not only the 4G (announced several months ago), but also the mobile money service (in partnership with UBA) already deployed by its competitors MTN and Orange Cameroon.