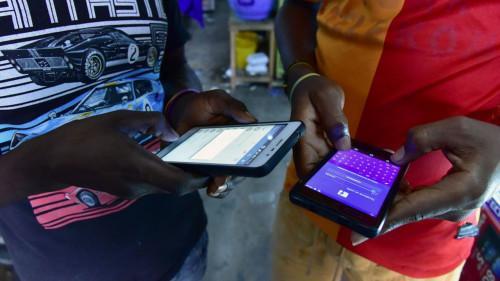 (Business in Cameroon) - In its recent report on the state of electronic payments in the CEMAC region in 2020, the central bank BEAC deplores that some telcos (telecom operators) and the population have been using airtime as official payment means instead of the local currency XAF.

According to the central bank, such practice persists up to this year despite the clarifications sent to mobile operators active in Cameroon through a letter dated October 29, 2020, and shared with telecom regulators throughout the CEMAC region.

“The governor of the BEAC reminds that airtime is a good, product, or service that can only be used for telephony services. Even though it has a market value, it can’t be used as a payment method or a currency. Therefore, the governor orders the suspension of presenting or using airtime as official currency,”  the letter reads.

Given the persistence of such practices likely to make people confuse airtime with the legal tender, the central bank added that regulations should be updated to prohibit the said practices. Although it acknowledges this confusing act is widespread in the CEMAC region, it specifically mentions two cases to justify its recriminations.

The first case is Chad where airtime (voice and data) is used as legal tender equivalent to the official currency (XAF) by some people and organizations. For the financial institution, by doing so, the population and organizations are creating an illegal alternative payment means.

For the second case, the BEAC explained that in 2020, some countries were planning to use airtime as payment means to collect unpaid customs duties on imported mobile phones.

With the second case, the BEAC was referring to Cameroon’s decision to start collecting customs duties for imported mobile phones through a dedicated government platform on October 1, 2020.

Through the platform, the government could deduct users’ airtime to settle the customs duties of imported mobile phones when the importer fails to complete all the customs clearance procedures. In case the deduction fails over a specific period, the phone user’s sim card was to be simply deactivated. However, due to public outcry, the President of the Republic ordered the government to suspend the implementation of such measures.

Mobile operators that were also against the measure claimed that the government's proposed platform would negatively affect their operations. They mentioned several reasons to justify their disagreement with the platform. For instance, they explained that on a regulatory note, airtime can not be used as a method to pay taxes or any other commercial service. At the time, their argument surprised many telecom experts in Cameroon given that those same operators and their partners have been using airtime as a payment method for value-added services for years.

The said value-added services include sports, road safety, health tips, and even music downloads. With the official prohibition of those practices being called by the BEAC, mobile operators and their partners will have to find new payment methods for their value-added services. Much to the pleasure of subscribers who usually complain that their airtime or data have disappeared without any obvious reason.