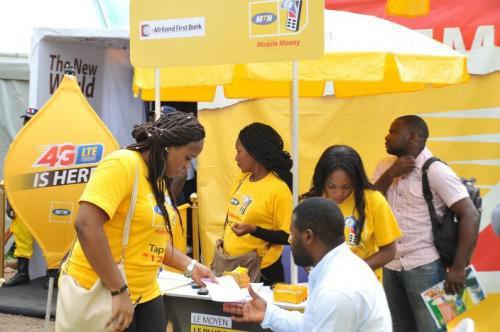 (Business in Cameroon) - For the first time since the launch of its 3 and 4G networks in 2015, data revenues of the Cameroonian subsidiary of the South African telecoms group MTN International have plummeted in the first six months 2017. This underperformance can be explained by growing competition in the internet market, with the arrival of the internet service provider Vodafone Cameroon, which aimed directly at the cities of Yaoundé and Douala, both adding up to 80% of the telecoms market in the country.

Indeed, according to the Group's financial statements as at June 2017 ending, data revenues of MTN Cameroon, mobile market leader with a 55.47% share; added up to 455 million rand (one rand equals FCfa 41.78), against 468 million rand during the same period in 2016, indicating a drop of 13 million rand.

This downturn in the data revenues curve at MTN Cameroon, which had nonetheless grown in an exponential manner since 2015 (67.5% in 2015, then 78% in the first quarter 2016), is indicative of the poor performances shown by this operator during the first six months in the year 2017. Its EBITDA (indicator measuring the profitability of the company's activity) has thus gone from 1218 million rand at 30 June 2016, to only 808 million rand in the first half-year 2017, being a drastic decrease of 410 million rand.

The proportion of the decrease in overall revenues of this mobile operator during the period under review is even more considerable, since it reached 593 million rand, going from 3202 million rand in the first six months 2016, to only 2609 million rand during the same period in 2017.

This free fall is not only attributed to the drop in data revenues, which already represented 19% of MTN Cameroon overall revenues at the end of 2016; but also to the decrease in revenues of outgoing calls (-503 million rand) and incoming calls (-52 million rand). Even the revenues of SMS fell by 15 million rand, while those brought in by digital services have declined by 24 million rand.

However we note in the financial statements of the group that MTN Cameroon has considerably reduced its  operating costs in the first half of 2017. These have gone from 1984 million rand to 1801 million rand, between June 2016 and June 2017. This corresponds to an overall reduction of 183 million rand, of which 46 million rand (about 25% of the total) on marketing costs; the very thing that could explain the lack of aggressiveness of this operator in the Cameroonian market during the first half-year 2017.