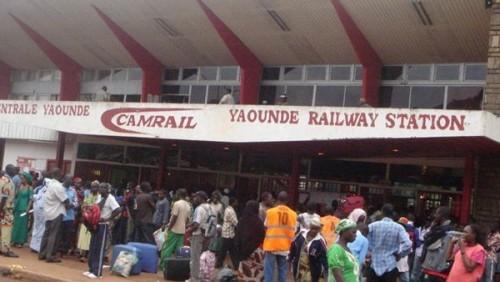 (Business in Cameroon) - Cameroon Railways (Camrail), a Bolloré Africa Logistics company and concession holder of the Cameroonian railway service, is launching its new high-speed “Intercity” train between Yaoundé and Douala, the two largest cities in Cameroon. The official launch ceremony for the new service, which will enable Camrail customers to travel the 265 Km between the two cities in 3h 40 mn, will be presided over on May 2, 2014 at the plaza of the Yaoundé train station by Cameroonian Prime Minister of Cameroon, Philémon Yang.

According to Camrail, Intercity will provide four daily rotations between the economic and political capitals of Cameroon, with departures at 6:00 am and 2:45 pm and two departures from Yaoundé at 10:25 am and 7:20 pm. To enjoy this comfort (air-conditioned or ventilated seating, restrooms, on-board refreshments, television, new cars, air-conditioned waiting room, adjustable seats) that the high-speed train provides, the Intercity passengers will respectively have to disburse 9,000 and 6,000 FCfa for first class and premium class (ventilated cars).

Prices have been set at the same levels as the VIP services of inter-urban companies between Yaoundé and Douala which will include Intercity in the development strategies for their activities. The high-speed train launch between Yaoundé and Douala will help to fight the incidence of car accidents on this roadway as well as in Cameroon in general as trains are one of the safest means of transportation.

According to Cameroon Ministry of Transportation, an average of 1,300 persons die each year on Cameroonian roads, making road accidents the third cause of mortality in the country, after malaria and HIV/Aids.

The launch of the Camrail high-speed train follows the procurement of 40 passenger cars for a total investment of 11.2 billion FCfa , Camrail plans to boost its performance in the passenger transportation market in 2014 which is currently estimated by the company to be approximately 1.5 million passengers per annum.