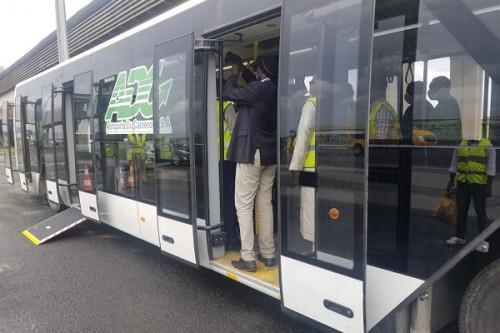 (Business in Cameroon) - In Cameroon, the government is finalizing a protocol to manage international flights, as the country prepares to resume air transport. This was disclosed in an official statement issued following the weekly meeting of the inter-ministerial committee in charge of assessing and monitoring the implementation of the government's response against the covid-19 pandemic.

During the meeting which was held on July 1, 2020, in Yaoundé, the minister of transport Jean Ernest Ngallé Bibehé, is reported to have said that there are many circulars, containing “rules to respect upon the departure and arrival of travelers at airports (in the country), as part of measures to fight Covid-19.”

Let it be recalled that to prevent more imported cases from swelling the number of infected individuals recorded in Cameroon, the government decided on March 17 to shut all its borders, leaving only cargo planes and ships operational.

However, Air France was exceptionally allowed by the Cameroonian presidency to resume flights to and from Cameroon; which the airlines did last month. Subsequently, other carriers asked authorities to also allow them to resume their activities; which the government is about to do, on specific conditions regardless.