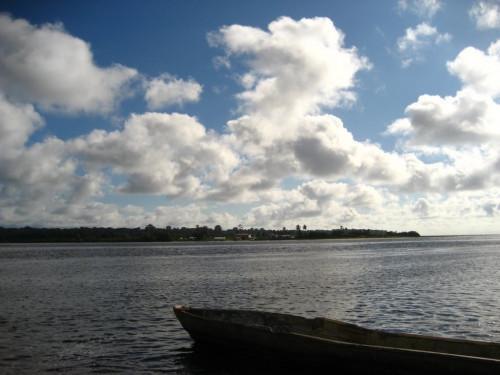 (Business in Cameroon) - The second meeting between the Cameroonian minister delegate in charge of the economy, Paul Tasong, and Baltasar Engonga Edjo'o, the Equatorial-Guinean minister of regional integration, about the construction of the Ntem bridge along the Kribi-Campo-Bata cross-border corridor was held February 1st.

The final statement issued at the end of talks suggests the two parties still do not agree on the route of the infrastructure. While Cameroon aims for the variant 2, located 450 m from the mouth of Ntem river, Equatorial Guinea wants the variant 1 to be 250 m from the river mouth.

“Talks led to a consensual variant that will be developed in the further elaboration of the project. Annex 1 to the MoU which sets out the final variant choice will be signed by March 15, 2019, upon the initiative of the Economic Community of Central African States (ECCAS),” the document said.

The only point on which they have agreed for the time being is the type of bridge to be built. It will be “a pre-stressed concrete box bridge built by successive corbels as a basic solution and a mixed steel-concrete structure bridge in alternative solution,” according to the document.

The two nations call on the African Union Commission, Nepad Agency, the African Development Bank, bilateral and multilateral partners, as well as the entire international community to enhance support for this inclusive project.