The port of Douala forecasts saving XAF5bln with the acquisition of two dredges in Oct. 2019 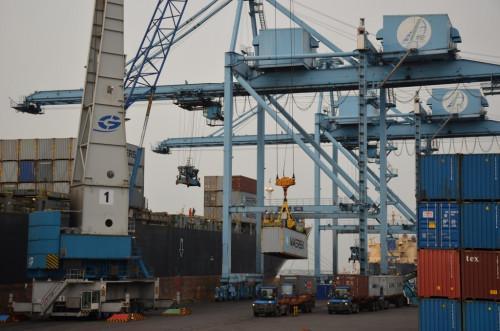 (Business in Cameroon) - The port of Douala-Bonabéri (PAD) announced it has engaged talks with the world-class dredge manufacturing company, Dredging Supply Company, to acquire two dredges.

These include a stationary suction dredger for water bodies and dock feet, the Beaver 50, and a running suction dredger with 3,000 m3 of well capacity for the TSHD 3000 channel.

Delivery is scheduled for October 2019. “In one year, the PAD will save more than XAF5 billion excluding depreciation. These funds could make it possible to dredge water bodies and wharf feet for at least three years,” the port authority said.

Let’s recall that the Douala port platform was built in 1980 with an initial capacity of about 7 million tons of cargo per annum. Currently, the capacity reached about 12 million tons of cargo. However, the port authority noted a significant deterioration in port infrastructure and superstructures, the flooding of some wharves by shipwrecks, siltation and silting of water bodies, etc.