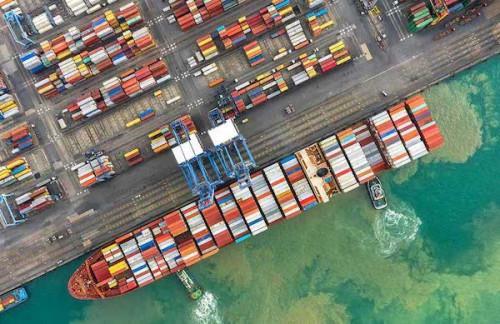 (Business in Cameroon) - Is Cameroon heading towards a war between the Port of Douala, the main entrance for 95% of goods entering via sea route, and that of the newly commissioned Port of Kribi?

This question arises in view of the strange communiqué recently published by Bolloré Group, which operates the container terminal of the Port of Kribi (operational since 2015), and whose contract with the Port of Douala ended on December 31, 2019.  “As of January 1, 2020, the container terminal of Douala (Cameroon) is managed under delegated management by the Port Authority of Douala for an announced period of one year. This transition is likely to affect the fluidity of operations. Always committed to offering you the most competitive routing solutions in terms of costs and lead times, Bolloré Logistics offers you an alternative transport plan to Cameroon, Chad and the Central African Republic via the port of Kribi,” the communiqué [in French] reads.

The French logistician adds that in Kribi, it offers a wide range of services from Asia and Europe. These services are operated by the largest shipping companies and include simplified and dematerialized customs clearance procedures, strategically located terminal for the transportation of goods to the economic centres of Cameroon as well as to the hinterland countries: Chad and the Central African Republic.

Kribi Container Terminal (KCT), Bolloré's subsidiary in Kribi, claims that it handled 3,001 containers with 1,809 movements when the 250-metre Maersk Cardiff vessel from Namibia called at the port of Douala last December 30 (the date Bolloré left the Port of Douala).

As for the Port Authority of Douala (PAD), it indicates that, since its delegated authority replaced Bolloré at the port of Douala-Bonabéri, it has delivered 1,000 containers within a week after the transition period. “The Container Terminal Authority of the Port of Douala-Bonabéri is taking up the challenge. Already one thousand containers delivered after only one week of existence on the Wouri quays and gross productivity of 18 movements per hour. A performance that equals what was already being done. We are looking forward to the next few days with much more optimism,” the port authority says.

Let’s note that till its departure, in December 2019, from the Port of Douala, Bolloré Group has undertaken several legal actions against the Douala port authority, which had already chosen to replace it with Swiss operator TIL, following a call for tenders. The Cameroonian justice system ruled twice in favour of Bolloré, which contested its eviction from the terminal, canceling the procedure and the award of the contract to TIL.

Subsequently, the delegated authority created by the PAD to replace Bolloré was also attacked in court because it was deemed illegal according to the French logistician. The Administrative Court of the Littoral ruled against the PAD but, the latter appealed while still running its delegated authority.