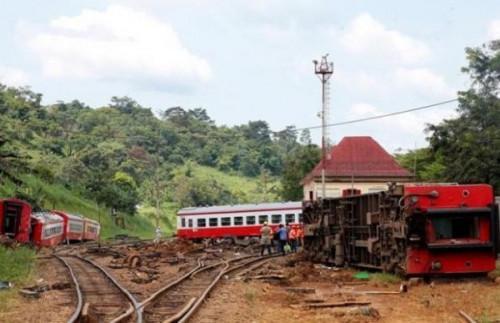 (Business in Cameroon) - A few days after Cameroon released the last tranche of its financial support to victims of the Eseka rail accident, Camrail published a report on the status of compensation claims by July 31, 2019.

In the report, the railway company reveals that at least 91% of the compensations for people deceased during that accident have either been settled, awaiting memorandum of understanding or approval by the court.

“All those compensations were provided based on claims submitted by victims or their right holders at information desks in Yaoundé and Douala-Bessengue terminals (…) The compensation claims were investigated and discussed based on elements submitted, legal provisions and valorisation done by Camrail and its insurers. The memorandums of understanding agreed with victims and their right holders have been approved by competent judicial authorities,” the report informs.

Let’s note that the Eseka railway accident occurred on October 21, 2016. 79 people died during the accident and 600 were injured according to official sources. On September 26, 2018, Eseka lower court charged Camrail for “homicide, unintentional injuries and hazardous activities” in the framework of legal actions opened because of this accident. This sentence was contested by the railway company that decided to appeal.

It denounced the lack of “competent and qualified expertise that could have objectively determined the real causes of this tragic accident.” The charge was “clearly based only on the assessment of some former lay employees who were not sworn, and who have also been in a judicial battle against Camrail for personal reasons for about 10 years now,” Camrail wrote in an official statement.