Cameroon-Nigeria border in the town of Amchide officially reopened on May 15, 5 years after Boko-Haram caused closing 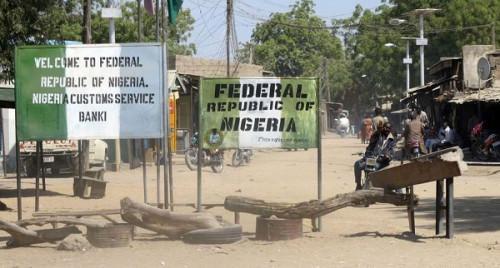 (Business in Cameroon) - Commercial activities in the locality of Amchide, in the Far-north, will now resume thanks to the official reopening on May 15, 2019, of the Cameroonian-Nigeria border in this city, a veritable trade hub between the two nations.

The border has been closed for 5 years due to exactions by Boko Haram which gradually destroyed the economic fabric of the city of Amchide ; even causing customs officers to flee the border.

The border reopening is, according to local authorities, proof that actions to combat Boko Haram are paying off. But a lot remains to be done since the Nigerian sect continues to carry out some attacks in the Far North region of Cameroon. Defense forces are planning escorts to transport goods along the corridor as a measure to strengthen security at borders.