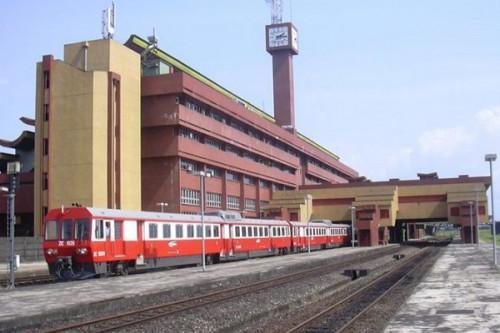 “(Business in Cameroon) - Even if one would criticize it, except for South Africa, in the sub-Saharan part of Africa (…) the Cameroonian railway is much better.” This is the general appreciation made by Jean Joseph Aouda about Cameroon’s railway while comparing it to that of some other African countries’.

“However, as a Cameroonian, I am demanding more. I must have the best for my country,” says the Cameroonian expert who coordinated the work of the West African railway loop.

This railway loop is a huge project, previously entrusted to the Bolloré Group, aimed at connecting Abidjan to Lome, via Ouagadougou, Niamey and Cotonou.

The civil engineer, who had long been a senior manager at Camrail, the Cameroonian rail carrier, is nevertheless concerned about the aging rail infrastructure in Cameroon. “There are things to be done, not only on the maintenance and renewal of the track but also on the renewal and rehabilitation of the concessionaire's rolling stock, which is also aging. In addition, we are on a single-track railway. So, the constraints are huge and decrease transport capacity by three,” says the man who is now the managing director of the Beacop firm.

“Overall, we have about 2/3 of the route which is in an aging and critical situation. This does not really allow us to optimize operations during the exploitation of the railway. Fortunately, there are ongoing projects. There are, for example, pre-feasibility studies on the Belabo-Ngaoundéré section, and another one has just been launched between Douala and Yaoundé. Let's hope that by then, funding will be found to rehabilitate these roads so that the entire stretch will be passable,” he adds