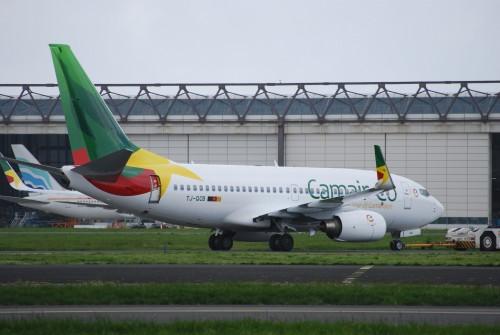 (Business in Cameroon) - Locals newspapers have in the past weeks ran headlines claiming Cameroon’s national carrier, Camair-Co would decide on June 7, 2013 the Board meeting day, to call private capital to fight the tough competition from rival airliners.

Although nothing has come out of the Board meeting held at the Ministry of Finance in Yaoundé and presided by its Minister, Alamine Ousmane Mey, sources that refused to be named said no decision was taken to concretize the call for private capital venture, the state-run daily, Cameroon tribune said last Monday.

He added that in the meantime it is important to take urgent measures that can take the company off the ground, and according to the source, “no investor will put his money in a company that is not doing well”.

In effect, according to the text that created the company in 2008, private investors can grab up to 51 % of its capital. According to the business plan of the former General Manager, Camair-Co is expected to make its first profit by 2014 but the present climate of affairs is a bad indication.

Since the launching in March 28, 2011, the national airliner is fighting to surge through turbulence but has a reputation of cancelled and delayed fights, and even nationals avoid the carrier.

2011 accounts of the company were also validated at Friday’s meeting.