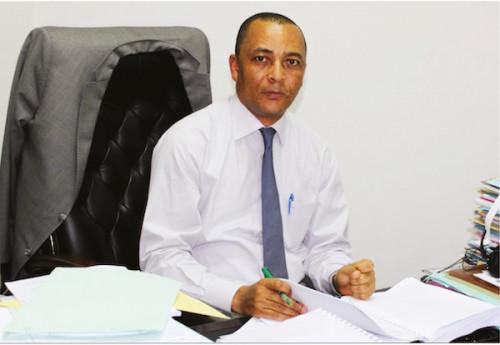 (Business in Cameroon) - Despite the recent commissioning of the Kribi deep-water port (March 2018) in the south, the port of Douala could remain the main platform for international trade in Cameroon. According to the National Port Authority (APN), the port of Douala handles over 90% of the country’s maritime traffic. The infrastructure is managed by the Port autonome de Douala (PAD), a state-owned company that Cyrus Ngo’o has been heading since 2016.
Since he was appointed four years ago, the PAD’s director-general has been steering a major program to modernize the port he oversees. In its framework, new equipment and spaces have been acquired. Moreover, in 2018, Ngo’o initiated a project to remove shipwrecks that have been cluttering surrounding waters for the past 30 years.
Earlier this year, the PAD set up a special body tasked with managing Douala’s container terminal; a role which was previously assumed by the Bolloré group. The Port autonome de Douala now plans to have a daughter company named Eau du Port de Douala-Bonabéri (EDP) which will specialize in the production of drinking water for populations, and firefighting. In addition to these, the company - PAD - plans on expanding to Manoka island in 2030.