Théodore NSANGOU, He stands at the top of all energy infrastructures 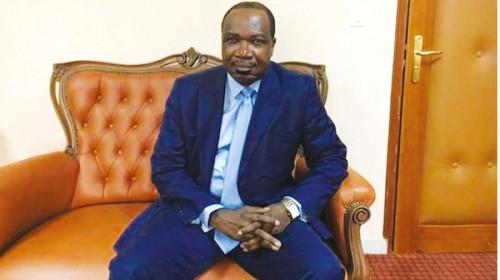 (Business in Cameroon) - For several years now, he has been the General Director of Electricity Development Corporation (EDC), the state-owned company operating in the electricity sector. As such, this engineer led the Lom Pangar dam (6 billion m3) construction project in the eastern region of Cameroon. Lom Pangar dam is the largest and most strategic energy infrastructure ever built in Cameroon. It regulates upstream the flow of the Sanaga River that hosts 75% of the country's hydroelectric potential.

Since the impoundment of the Lom Pangar dam, which favored the launch of the Nachtigal project (420 MW), the Bamendjing, Mape and Mbakaou dams have also fallen under the EDC's portfolio, with Nsangou in charge. During a recent field visit, the manager announced that the historic company is committed to rapidly completing the Memve'élé dam, which will deliver 211 MW of energy from the southern region.