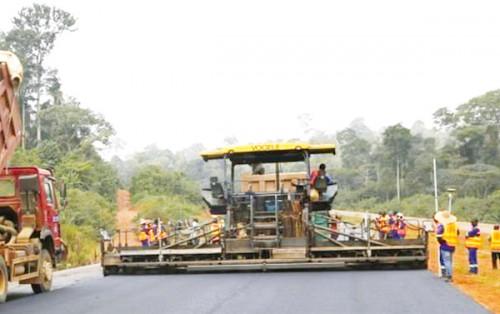 (Business in Cameroon) - He is unknown to the Cameroonians, yet Li Jianbih is the face of China Communications Construction Company (CCCC) in Cameroon. The multinational is the company leading all the ongoing highway and port projects in the country. In his capacity as regional director of the Chinese public group in Cameroon, Li Jianbih signed a commercial deal in December 2019 with the Minister of Housing and Urban Development (Minhdu), for the construction of the urban section of the Yaoundé-Nsimalen highway, a dozen kilometers long. The project was valued at XAF276 billion, or XAF22 billion per kilometer.

This contract strengthens the monopoly of the Chinese conglomerate. CCCC was already awarded via its subsidiaries, and without competitive bidding, the construction of the Yaoundé-Nsimalen (rural section), Yaoundé-Douala (phase 1), and Kribi-Lolabé highways. These three projects together cover 109.3 km for an estimated cost of nearly XAF730 billion or an average of XAF6.7 billion for each kilometer. The Chinese group is also in the process of being awarded the management of these road infrastructures. CCCC built the port of Kribi (more than XAF800 billion for the two phases) through its subsidiary CHEC and the latter is also managing the container terminal of this port, in partnership with French Bolloré and CMA-CGM.