The awakening of the Cameroon banking sector: is it possible? 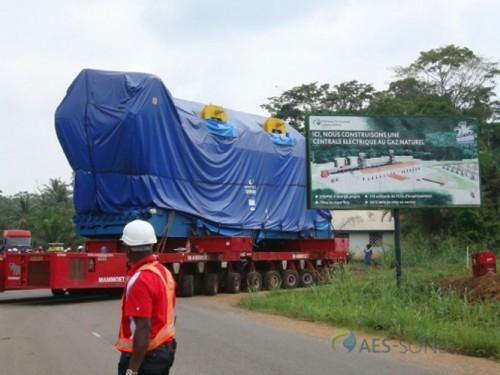 (Business in Cameroon) - The sudden interest for the Cameroon banking sector provokes a certain shiver. 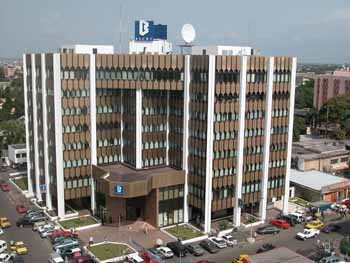 "Our role should not only be limited to financing the import-export operations", says a young bank executive involved in the development of BICEC.

Often criticized for their modest contribution to financing economy, the large institutions are now engaged in expanding their business portfolios. The slogan is the same, for both BICEC and SGBC, two institutuons with different development models that nevertheless share the leadership of the sector. Unlike Afriland First Bank, which regression continues, these two banks have dropped the waiting strategy. "Our role should not only be limited to financing the import-export operations", says a young bank executive involved in the development of BICEC. At the same time, still real, the French bank domination is about to fade. The arrival of African banking institutions (Nigerian, Moroccan and from Ivory Coast) should allow the redistribution of the cards. Thus, Ecobank Cameroon, Attijariwafa Bank, Banque Atlantique and United Bank for Africa (UBA) should see their share of the market grow from 15% in 2009 up to 30 to 40% by 2012 according to the estimates of the professionals.

The appetite of the African banks

Perspectives rather well received by the professional association of credit institutions in Cameroon (APECAM). With much more simplified procedures and a development model based on banking services, rather than supporting multinational corporations, African banks have a real role to play on construction sites in emerging Cameroon. It is obvious that, due to their commitments, their development models proved to be from the very beginning more daring and riskier than their Western counterparts, cautious and conservative to the "risk" of the individual. On the other hand, the decline of old industrial operations of colonial origin lead some French banks, which have not developed the retail portion, to settle their presence.

Still real, the French bank domination is about to fade. The arrival of African banking institutions (Nigerian, Moroccan and from Ivory Coast) should allow the redistribution of the cards.

In this context Attijariwafa Bank took over the acquisition of 65% stake of the Cameroon Bank (SCB) in the detriment of French Crédit Agricole. This recovery, negotiated at the price strength (164 billion FCFA) and accompanied by a development plan, marks the end of CBS' wandering, Cameroon's third largest bank, carried from one hand to another since 2003, when Crédit Agricole has been taken over by Crédit Lyonnais. Unlike its rival which has relied on an acquisition, BMCE (third Moroccan bank) was established in Cameroon in September 2008 by the creation of a subsidiary. Besides the African banks' appetite for Cameroon, the presence of other Western banks such as Standard Chartered and Citibank helps accelerate the modernization of this sector and implementation of the international standards.

A modernization born out of a long term consolidation Like all the Cameroonian economy, the banking sector has suffered from the crisis of the 80s that resulted over a long period of structural adjustment. Many banks have sunk in the late 80s and during the decade that followed. It is already the case of Cameroon Bank Corporation (SBC) which had a split-winding transfer in 1989 with the transfer of compromised debt and a merger of good assets with the Commercial bank of Credit Lyonnais (SCB-CL) . In the same year (1989) it was discussed the liquidation and closure of the Rural Development Fund (Fonadis), The Development Bank (BCD) of Cameroon, Banque Paribas (Paribas), Bank of Cameroon (Cambank) and the split-winding of the Bank of Credit and Commerce Cameroon (BCCC), with the transfer of good assets at Standard Chartered Bank Cameroon (SCBC). The year 1990 had its lot with the liquidation of the liabilities of the International Bank for Trade and Industry of Cameroon (BICICI). In November the same year as the minimum capital of banks has been raised from 300 million to 1 billion FCFA. An operation that help speed up the logic of consolidation. The division of the Meriden Cameroon Bank (MCB) and the International Bank for West Africa in Cameroon (BIAOC) have created the WB-BIAOC. In the 1990s, the harmonization of banking regulation in the CEMAC allowed players to consider now the future of the region. The sharp devaluation in 1994, accelerated the reserve of French banks towards a Cameroonian economy struggling to emerge from a strict regime of the IMF. Thus, the Banque Nationale de Paris (BNP) will withdraw its technical support to the International Bank for Trade and Industry of Cameroon (BICICI). In 1996, the WB-BIOC, after a merger, will be liquidated. It will be the same for the Credit Agricole du Cameroon, replacing the Fonade to be liquidated in 1997. The BICICI will be closed and replaced by BICEC, International Bank of Cameroon for savings and credit. The institution, majority owned by the state will be privatized simultaneously.

The World Bank and IMF appraise the Cameroonian economy

Companies of the OHADA system learning about international accounting standards

The development of Africa facing the energy gap

Telecoms : clarification of the Cameroonian market

Africa wants to talk about ethics

CIG towards LLC in the OHADA right

OHADA applied to the courts

Cameroon: a new agricultural bank on the pipeline

An agricultural country above all

Buzzichelli Morocco positions itself in Cameroon

Important reserves of oil and gas

The new COSUMAF Regulation is favorable to foreign investors

African banks interested in taking over the Commercial Bank of Cameroon

Cameroon in the era of the popularization of leasing

The awakening of the Cameroon banking sector: is it possible?

A very vivid network of SMEs, which begins to be taken into account