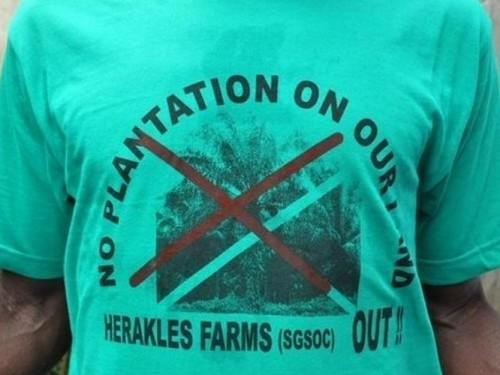 (Business in Cameroon) - On May 18, 2013 Herakles Farms (also known as SG‐SOC in Cameroon) with operations in Talangaye village, South West of Cameroon, announced that it has suspended work in Cameroon in response to an order it received from Cameroon’s Ministry of Forestry & Wildlife (MINFOF).

The order asked Herakles to stop work at their Talangaye Nursery for an unknown period of time. But, the company, in a statement, said it is “diligently working with Cameroonian Government officials to resolve the matter as quickly as possible.”

Earlier, SG-SOC with a workforce of 690 had ignored an injunction from a MINFOF control mission to stop work it had started before the company was issued an exploitation license.

SG-SOC had planned to cover 73,036 hectares with palms but the civil society and inhabitants criticized the agro-industry on the environmental impact of the project.

On September 17, 2009, Sithe Global Sustainable Oils Cameroon Limited (SG-SOC) signed a contract with the State of Cameroon to open a large palm oil plantation and refinery in the South West Region.