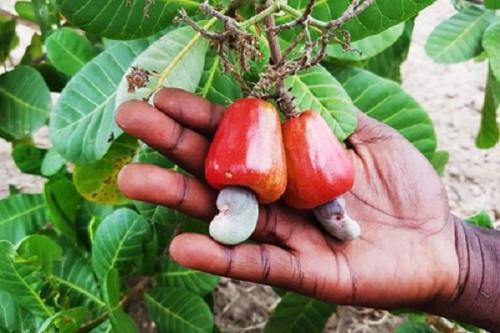 (Business in Cameroon) - In the 2020 budget of the Ministry of Agriculture, Cameroon set aside a little over XAF1 billion for the promotion of cashew nut production. The information was revealed on February 3, in Yaoundé, by Gabriel Mbairobe, the head of this ministerial department. This was during the annual conference of the heads of the central and decentralized services of the Ministry of Agriculture.

This cashew nut promotion project announced by the Ministry of Agriculture is in line with the national strategy for the development of the cashew nut value chain in Cameroon. Developed with the assistance of the German cooperation agency GIZ, this strategy was adopted on October 17, 2018, in Yaoundé.

According to its designers, the aim of this project is to make Cameroon visible on the world cashew market by 2023. To achieve this aim, Cameroon intends to draw on the experience of other countries that produce the nut, still unknown to many Cameroonian farmers.

For that purpose, Cameroon joined the Consultative International Cashew Council (CICC), a group of cashew-producing countries that work for the development of this cash crop, on  July 10, 2019.