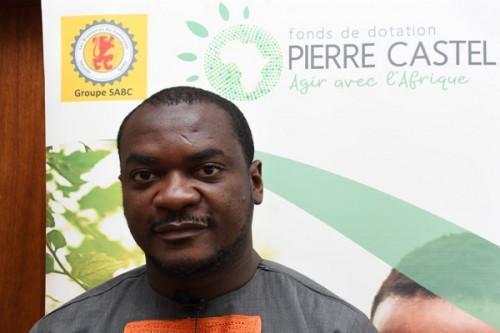 (Business in Cameroon) - Delors Leuwing Ngounouo (photo) is the winner of the 3rd edition of Pierre Castel Prize in Cameroon, thanks to his company Mboa Snackery Sarl, which produces and sells plantain chips.

Indeed, on July 6, 2020, in Bordeaux, France, the grand jury of the 2020 edition of the Pierre Castel Prize, which rewards agricultural or agri-food projects carried out by young people (18-45 years old), selected the Delors Leuwing as the winner of this edition.

With this distinction, Delors Leuwing Ngounouo will pocket €15,000 (nearly CFAF10 million) and will benefit from training and personalized support. For this 2020 edition, the Pierre Castel Prize broke its tradition by selecting a 2nd winner.

For Cameroon (the competition is also organized in Burkina Faso, DR Congo, and Ivory Coast), Emmanuel Clovis Mboudie Domche was the 2nd winner. Via his enterprise Éts Gospelo, he transforms and markets tea, flavoured with garcinia Kola (bitter Kola). He won a €5000 (CFAF3.2 million) prize and will also benefit from training.

Initiated by the Pierre Castel-Agir Endowment Fund for Africa, the Pierre Castel Prize financially supports projects led by young African entrepreneurs in the fields of agriculture, agri-food, agritech, and agro-resources, which are presented as high value-added sectors and factors in reducing poverty on the black continent.

In Cameroon, the Pierre Castel Fund plans to finance a Pierre Castel Chair at the University of Dschang, in the western region of the country, to promote innovation and agricultural change, official sources reveal.