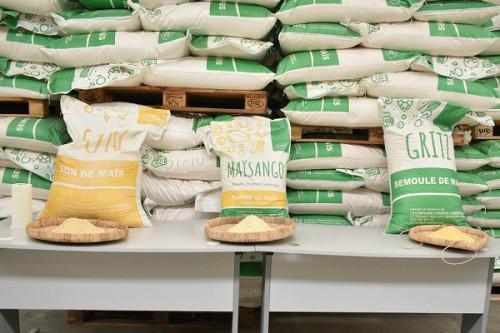 (Business in Cameroon) - On November 5, 2021, while inaugurating the corn processing plant of Compagnie fermière du Cameroun (CFC) in Mbankomo, not far from Yaoundé, Prime Minister Joseph Dion Ngute regretted the impact the importation of corn and by-products (like grits used by breweries) have on Cameroon’s trade balance.

"(...) The annual national production is estimated at 2.3 million tons while the needs are estimated at 2.8 million tons. That is a 500,000-ton deficit. This gap forces recourse to imports of corn and its by-products. In 2020 alone, over XAF150 billion was spent to import those products, negatively affecting the country’s trade balance, " the Prime Minister said.

The official revealed the figures while praising the investment undertaken by SABC group to develop the corn value chain in Cameroon.

Indeed, brewers and breeders are forced to import the corn and by-products they need for their operations because the local production is insufficient to meet the demand. So, to address this situation and end its corn grits imports, SABC, the main brewing group in Cameroon, decided to establish CFC, a subsidiary dedicated to corn processing.

Most of Cameroon's corn production is destined for household consumption. According to a study by the Enterprise Upgrading Office (BMN) presented in Douala last August 25,  58% of the local corn production is self-consumed while 16% and 2% respectively are used for animal feed and agro-industries (agroindustry operators are the largest corn importers in the country).