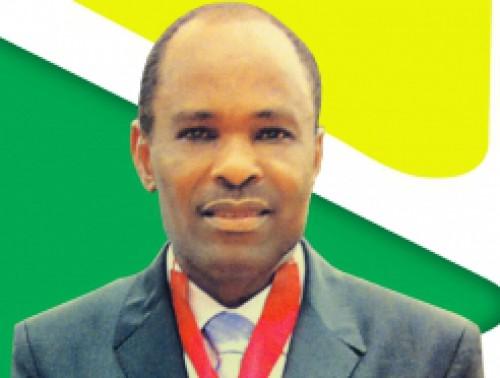 (Business in Cameroon) - We now have a little bit of information on the shareholders of Medcem Cameroun, the cement factory owned by the Turkish group Eren Holding, which was commissioned on 16 December 2016 on the banks of the Wouri in Douala, the economic capital of the country, by the Prime Minister Philémon Yang. A share in the capital of this cement production unit, the 4th in the country, is owned by Cameroonian Emmnanuel Peughouia.

He is the owner of the hardware store group Quifeurou (Quincaillerie du feu rouge), whose first store was opened in 1983 in the town of Bafoussam, the regional capital of the Western region. “Quifeurou, in its quest to procure cement of quality and low price to its clients, and encouraged by the 2013 Act on promoting private investment in Cameroon, got in contact with its partner Eren Holding, leader in the construction material market in Turkey”, explained Emmanuel Peughouia during the commissioning of the Medcem plant in Douala, thus revealed the genesis of the project.

In the end, FCfa 20.3 billion in total were invested by both partners in the Cameroonian economic capital, for a yearly production of 600,000 tons of cement extensible to one million tons. This production will be distributed by the hardware store chain Quifeurou, who has, officially, to date, 56 stores in 35 towns in Cameroon, Central African Republic and Chad.

This partnership, which according to Emmanuel Peughouia “associates the expertise in cement production in Turkey to the Cameroonian experience in terms of distribution of building materials”, provides this businessman with the title of first Cameroonian to invest in the production of cement in his country.

“We are very proud to be the first Cameroonian business to invest in this sector, which, for several decades, remained inaccessible to nationals”, he happily declared on 16 December 2016 in Douala. Indeed, for 48 years, Cimencam, subsidiary of the Lafarge-Holcim group, had a monopolistic reign over the Cameroonian cement market.

This monopoly only ended in 2014, with the opening of a second cement factory in the country by Cimaf, a subsidiary of the Moroccan group Addoha. This operator was followed a year later, on the Cameroonian market by Nigerian billionaire Aliko Dangote, and today by the first Cameroonian businessman: Emmanuel Peughouia.