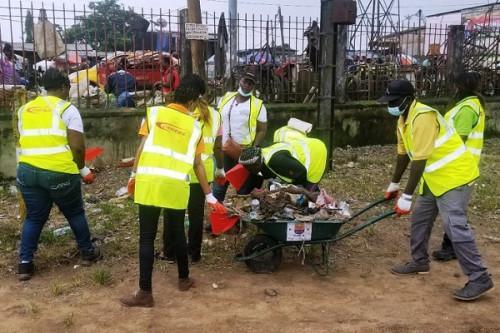 (Business in Cameroon) - Every year, Camrail grants XAF450 million of contracts to residents of the 163 villages that border its railway network in the framework of its corporate social responsibility. These populations perform various works (including weeding railways’ sides) for Camrail.

The company disclosed the information on September 19, 2020, during the “World Clean up Day,” simultaneously held in over 150 countries worldwide.

To celebrate the day, Camrail sent about fifty (50) of its railway workers to work alongside an association called  "le petit poucet" to pick plastic waste along the rail track in the Littoral region.

According to the company, this operation  “is in line with the environmental policy implemented by Camrail since the signature of the concession agreement (ed.note: with the State of Cameroon), which led to the adoption of an environmental and social management plan."  It adds that in the framework of that plan, it dedicated resources and bodies for the protection of the environment.