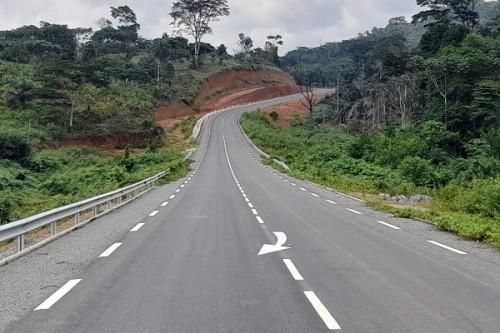 (Business in Cameroon) - Over the current year, the Cameroonian government has completed the asphalting of 395 km of new roads throughout the national territory. According to Prime Minister Joseph Dion Ngute, this is just over 97 km short of the 492.2 km target initially set for the year.

Although no details were given as to why the target was not met, it may have been due to the ongoing Anglophone crisis, which has disrupted many works, mainly in the Northwest. Official data showed that asphalting work could not be carried out on about 44% of the region’s road network due to rising insecurity. This figure was reported by Nganou Djoumessi, the Minister of Public Works, in November last year during a presentation before the Parliament.

Another reason, a recurrent one, is the delay in the implementation of projects. The most blatant case was the construction of the eastern highway of Douala, at the entrance to the city. The financial resources (at least CFA34 billion) have already been made available since January 2022 by the successful bidder -Canadian company Magil, but work is still slow to start.