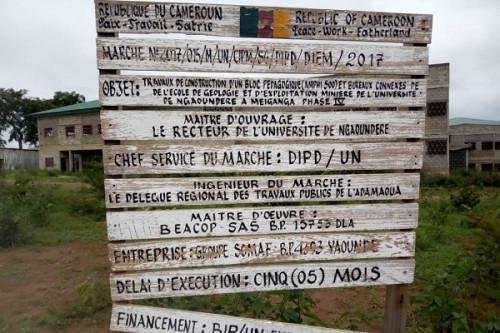 By abandoning those projects, contractors indirectly hinder infrastructure development in Adamaoua, which is officially one of the four poorest regions, the three other being the North, the Far-North, and the East.

Above all, those revelations revive the contractors’ selection process in the framework of projects programmed in the public investment budget.