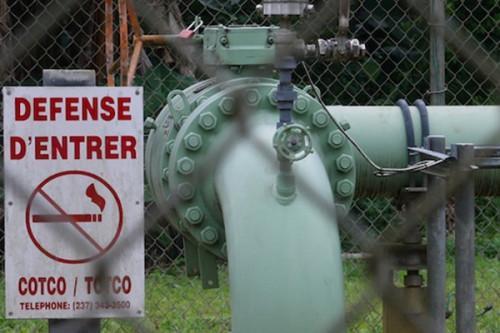 (Business in Cameroon) - The Cameroonian Treasury gained a total of CFA18.6 billion in transit rights for Chadian oil via the Chad-Cameroon pipeline between January and June this year.

Data from the Pipeline Steering and Monitoring Committee (PSMC) showed that this amount is 9% higher than that collected during the same period last year.  Over the period reviewed, 22.76 million barrels of crude oil produced in the Chadian oil fields were transported to the Kome terminal in Kribi, in the southern region of Cameroon.

If this production volume is maintained throughout the year, Cameroon could earn more than the CFA31.46 billion gained during FY2021. According to the PSMC, last year’s revenue was generated through the transit of 42.92 million barrels of Chadian crude through Cameroonian territory.

Over the first years of operation, the Chad-Cameroon pipeline only generated CFA85.5 billion in revenue, an average of CFA10.7 billion a year. To boost the amount, Cameroon undertook, in 2013, to renegotiate the royalty. This has allowed the country to substantially increase the revenues earned from this infrastructure.

The last update of this transit fee, which led to a new revaluation, took place in 2018. The next one will take place in September 2023.