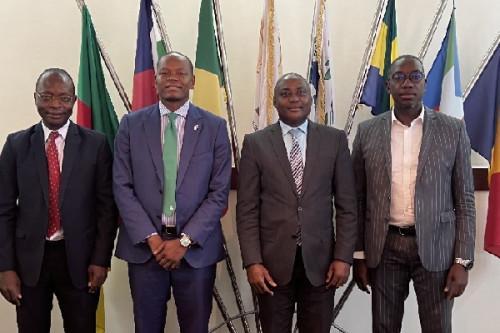 (Business in Cameroon) - Guinean Bange Bank is preparing its listing on the regional stock exchange Bvmac. Louis Banga, MD of the stock market, met on August 9 in this regard with a delegation led by Juan Pablo Obiang Bikie, the newcomer’s MD.

The stakeholders discussed the listing process, the disclosure requirements for issuers of listed securities and the endowment mechanism of the African Development Bank for companies that decide to list on the Bvmac. Bange’s approach suggests that the bank is seeking to boost the volume of its activities. Last July 29, it increased its capital to CFA56 million from CFA20 million. It is also worth reminding that it has extended its network outside Equatorial Guinea with a subsidiary in Cameroon in 2021.

Bange Bank finalizing its listing process will make it the first bank to join this stock market, which barely has seven companies, mainly insurance companies, and agribusinesses, in a sub-regional market of more than 54 million people. Countries like Cameroon, the Central African Republic, and Chad are still expected to fulfill their commitment to the market. According to the Central African Financial Market Supervisory Commission (Cosumaf), they have promised since 2020 to list five or six companies each. But nothing has been done so far.