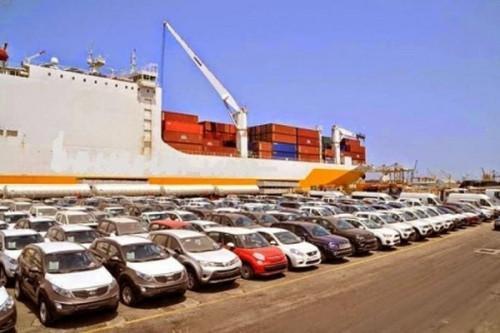 (Business in Cameroon) - Importers were recently surprised to be asked the full customs duties for their car imports from the European Union (EU) instead of receiving a 10% reduction in line of the economic partnership agreement (EPA) between Cameroon and the EU.

According to the said agreement, the country would have started, since August 4, 2020, dismantling customs tariffs on products of the third category at the rate of 10% annually. The products in the category include fuels, cement, passenger transport cars, motorcycles etc…This means that Cameroon should have started applying a 10% tariff reduction on car imports from the EU by now. When contacted, the General Directorate of Customs explains that it could not start applying the reduction since it has not received any formal instruction from the Minister of Finance (Minfi).

The minister did not send this formal instruction because Cameroon decided to postpone the implementation of the fifth phase of this customs tariffs dismantling process started on August 4, 2016. According to the Ministry of Economy, which is responsible for the implementation of the trade agreement, this decision was taken because of the impacts of the coronavirus crisis on government revenues.

Indeed, according to the 2020 FY amending finance act, Cameroon has reduced this year’s tax and customs revenue forecasts by 20% (from XAF2,962.2 billion to 2,374.8 billion, representing an overall drop of XAF587.3 billion and XAF206 billion in customs revenues).

On August 10, correspondences were sent to inform the European Union and the EPA committee (the bilateral body in charge of overseeing the agreement). By August 12, the correspondence was not yet delivered to the recipients but the news of the postponement reached them faster. In Brussels, the Belgian capital and headquarters of the European Commission, Cameroon's decision was met with suspicion. They fear that the coronavirus pandemic is just a pretext used by Cameroon to block the implementation of the EPA.

The reason for these suspicions is that most Cameroonians and other CEMAC (regional economic community to which Cameroon belongs) members are against the implementation of the agreement. Moreover, there are still some divergences between Cameroon and the EU on several issues crucial to the efficient implementation of the EPA. These include the protocol on common rules of origin, the agreement on accompanying measures, and the compensation for the net fiscal impact of the EPA.

The postponement of the fifth phase should thus provide more revenues to the country. Indeed in 2019, by implementing the agreement, Cameroon lost about XAF9 billion of customs revenues. This year, they are projected to reach XAF14 billion and losses caused by the reduction of tariffs on products of the third category are just a small portion of that projected revenue loss (with the drop in imports caused by the coronavirus, this projected loss would, in fact, be reduced).

The European Union estimates that its contribution in the response to the coronavirus shock (over XAF18 billion -€14 million, according to the union) covers the losses the country would incur this year.

"The government of Cameroon based its decision on Article 31 of the EPA with the European Union, which provides for safeguard measures in case of exogenous shocks," the Ministry of Economy explains. However, many parties in the EU are not satisfied by this legal argument.

Article 31 of the EPA gives Cameroon the possibility to pause the dismantling of customs duties on its imports from the EU for a limited period after it has tested alternative solutions. The article specifies that this would happen only if the product is imported “in such quantities and under such conditions as to cause or likely to cause” specific problems.

These problems include "serious damages to the domestic industry producing similar or directly competitive products in the territory of the importing party; disruption in a sector of the economy, in particular, if such disruption causes significant social problems or difficulties which could lead to a serious deterioration in the economic situation of the importing party." “Disruptions in the markets for similar or directly competitive agricultural products or in the mechanisms regulating those markets" are also problems that could justify this pause.

The issue here is to know whether Cameroon is experiencing one of such problems that would justify the postponement.