Cameroon: Customs seizes about 1 ton of smuggled medicines and 156 boxes of cosmetics 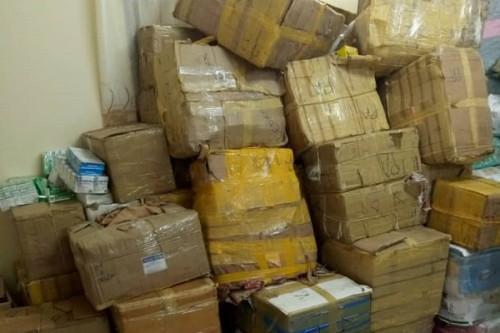 (Business in Cameroon) - On September 12, 2020, in Bonabéri, the mobile customs brigade seized about one (1) ton of contraband drugs during a routine check.

According to the newsletter published by the General Directorate of Customs, these drugs were being transported by a bus. Meanwhile, in the northern region, customs officials seized 156 boxes of contraband cosmetics from Nigeria.

According to various reports, this West African country is the main country from which goods smuggled into Cameroon come from. These smugglings cause Cameroon to lose about XAF200 billion every year.

To efficiently fight this problem, Cameroonian customs authorities launched Operation Halcomi (Stop Illegal Trade), in whose framework they have been seizing tons of smuggled and illegal goods for some months now.