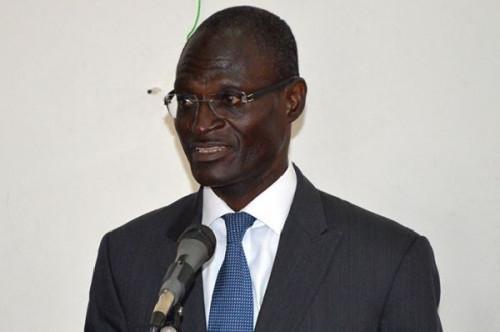 (Business in Cameroon) - As of December 31, 2020, the National Social Insurance Fund CNPS had XAF325 billion of cash in its treasury. This was revealed by Alain Olivier Noël Mekulu Mvondo (Photo), CEO of the CNPS on June 17, 2021, while speaking before the parliament in the framework of parliamentary debates on welfare and social security. The executive added that thanks to that asset, his institution can guarantee the continuity of the CNPS’ payments to pensioners.

Besides this cash, the CNPS also had XAF400 billion in available and convertible assets. Overall, the fund’s assets as of December 31, 2020, were worth XAF850 billion, according to the CEO.

The figures confirm the solid financial health of the CNPS, which officially closed the 2020 fiscal year with a surplus (profit) of XAF72.39 billion, thus managing to maintain its net result above the XAF70 billion mark for the 2nd consecutive year.

This performance is in line with the ranking established by the Technical Commission for the Rehabilitation of Public and Para public Enterprises (CTR) in its 2019 report on the performance of these enterprises. Indeed, out of a sample of 50 state companies (the National Hydrocarbons Company is not included), whose performance was analyzed, CNPS is the first of nine companies that had a positive operating result as of December 31, 2019, and generated dividends.

Despite its good financial health, CNPS is also ranked among the publicly held companies that pose a risk to the state budget, due to high debt. According to figures published by the CTR, as of the end of 2019, the CNPS had over XAF250 billion debt.