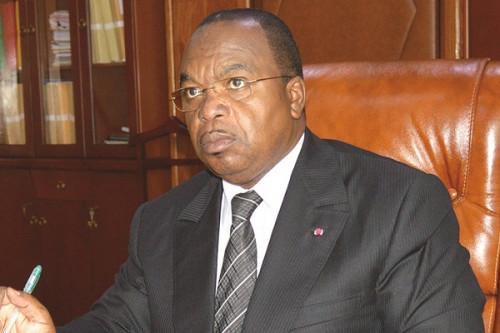 (Business in Cameroon) - The Cameroonian Finance Minister (Minfi), Louis Paul Motaze (pictured), said in a recent note that the collection of ad fees from companies by municipalities is illegal. He sent a letter last November 17 to the Minister of Decentralization and Local Development (Minddevel), Georges Elanga Obam.

Louis Paul Motaze said his letter follows a working session held on October 11 between representatives of Minddevel, the Center for Research and Advertising Studies (CREP), and its technical services on the collection of duties and advertising taxes by decentralized territorial authorities (CTDs).

"I hereby inform you that under the provisions of article C3 of the General Tax Code (CGI), a local authority can only collect a tax, a fee, or a charge if it is created by law, voted by the deliberating body, and approved by the competent authority. Consequently, the legislation in force has not provided for an advertising fee applicable to the advertising operations of companies, and whose collection would be carried out by the CTDs. The collection of the aforementioned fee by CTDs is illegal", writes the Minfi.

In addition, the official stresses that "only the stamp duty on advertising is payable by companies for their advertising operations. For companies under specialized management units, the duty is paid to the said units and for the other companies, it is paid to the advertising managers in charge of paying it to the tax authorities. This is in line with articles 589 and the CGI”.

However, the ministers pointed out, the CTDs are authorized to collect revenues relating to the management of spaces developed by them on the public domain under their jurisdiction and rented for the establishment of billboard supports, per Article 393 of Law No. 2019/024 of December 24, 2019, on the General Code of Decentralized Territorial Communities.