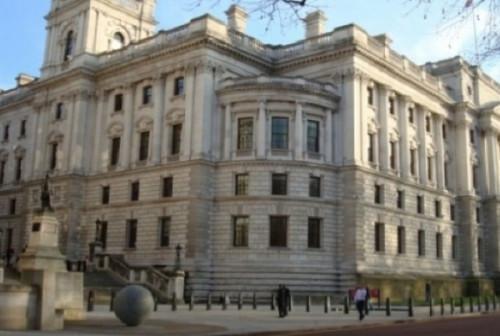 (Business in Cameroon) - The British high commissioner to Cameroon Rowan James Laxton visited, on July 24, 2019, finance minister Louis Paul Motaze in Yaoundé. He was accompanied by Adam Harris, Head of civil, infrastructure and energy of the UK Export Finance (UKEF).

At the end of the meeting, Adam Harris indicated that the UKEF was ready to invest in various sectors in the country. Rowan James Laxton explained that the meeting was focused on a €600 million (XAF440.84 billion) investment the UKEF wants to make to boost trade and investments in Cameroon.

According to the high commissioner, many British firms want to invest in the Cameroonian infrastructure, agriculture, energy and water sectors. For instance, he reveals, Biwater has expressed its investment ambitions for water supply and sanitation in 13 local villages.

The UKEF has funded many projects in Cameroon. These are notably the loan granted for the construction of 5,300 social housings in Douala and for the Ebolowa-Akom II-Kribi road (179.28 km with by-pass roads).