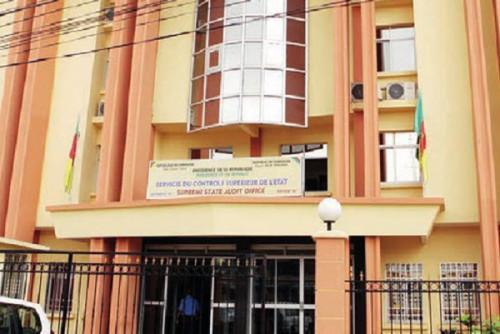 (Business in Cameroon) - In a release issued on November 25, 2021,  Mbah Acha Rose Fomundam, Minister Delegate at the Presidency in charge of Supreme State Audit, summoned Lazare Atou, promoter of the eponymous consulting firm, and eight other people for "urgent matters concerning them.”

The individuals concerned are expected to come to the permanent secretariat of the Council of Budgetary and Financial Discipline of the Superior State Control on Monday 29, 2021 at 10:00 am. Usually, when that state institution summons individuals, it means they are suspected of misconduct or fund misappropriations.

In her release,  Mbah Acha Rose Fomundam indicates that the people summoned are those who purchased some of the real estate assets under management between 2006 and 2021. She added that the call falls within the framework of a mission aimed at auditing the management of those assets as instructed by the President of the Republic.

The call comes in a conflict context. On November 8, 2021, Lazare Atou, founder and general manager of his consulting firm Atou, filed two petitions against Mbah Acha Rose Fomundam. The first petition filed before the Littoral administrative court is to request a stay of execution of the September 17, 2021, correspondence relating to the audit of the above-mentioned former state firms.

The second petition submitted before the same institution is a contentious appeal for annulment of the same correspondence.

In July 2019 Mr Atou had already opposed a Consupe audit mission. His justification was that the same institution had already carried out a six-year-long (2012-2017) audit to review his firm’s management of the three concerned companies since 2006. The report of that audit mission was sent to the special criminal court but Lazare Atou claimed it was full of spurious mismanagement accusations.

For Lazare Atou, only the interministerial task force - created on February 14, 2017, by the Prime Minister to review the management and suggest measures for the completion of the liquidation procedure - is legal and credible to gather information on the companies’ assets.