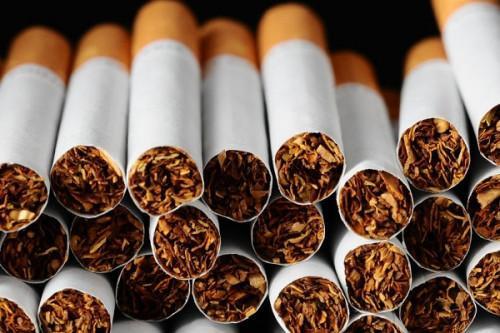 (Business in Cameroon) - In Cameroon, the parliament recently beseeched the Head of State Paul Biya to ratify The Protocol to Eliminate Illicit Trade in Tobacco Products, which is the first protocol to the WHO Framework Convention on Tobacco Control (WHO FCTC).

According to the Minister of Commerce Luc Magloire Mbarga Atangana, the ratification of this protocol will "strengthen" the local system for combating smuggling and illicit trade of tobacco products, which causes about CFAF 10 billion of revenue losses for the public treasury each year.

Clearly, for the government, the adherence to this supranational protocol, which consists of linking Cameroon to an international computerized system that traces tobacco products, is more than beneficial. This innovation should enable the Cameroonian State to earn all or part of the CFAF 10 billion it loses every year to smuggling and illicit trades of tobacco products.

However, the government’s hope in the application of this protocol seems not to be shared by the national tobacco industry, which is somewhat apprehensive. These apprehensions were first revealed by opposition MP Rolande Ngo Issi on June 16, 2020, when the bill concerning the ratification of the above-mentioned protocol was being discussed.

"Another important aspect of the implementation of this protocol is that the tobacco industry must not be involved in or influence the choice of the control system to acquire or install. However, in Cameroon, there are tobacco industries that organize themselves, with the support of some compatriots, to influence the choice of this control mechanism. How can one be judge and party? " she wondered.

According to this elected representative, the WHO Framework Convention on Tobacco Control (WHO FCTC) requires that "governments should not be influenced by tobacco industries" in the definition of public health policies.

"The State of Cameroon must set up a traceability system, whatever the cost. The country must assume costs like Kenya, which has an effective traceability system that can be copied and followed but unlike Côte d'Ivoire, which has used the system proposed by the tobacco industry on the ground that it is less costly," she added.

Within the sector itself, local operators fear that multinationals will impose a tracing system on the government and use this system to "eliminate small manufacturers from the market." They deem independence in the choice of a monitoring system as "a determining factor for the future of the national sector." "The cigarette tracking system must preserve local production," comments Patrice Yantho, an investment consultant close to the tobacco industry.

According to this expert, Cameroon must be able to set up an internal tracking system, "of which it has end-to-end control, to control the tax revenues generated" and only use the international system called "Trace & Track" to trace local products exported and products imported into the local market.