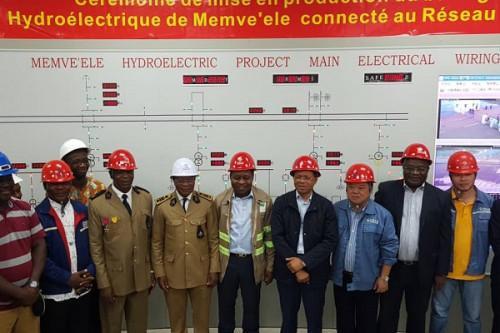 (Business in Cameroon) - From July 4 to 6, 2020, the turbines at the Memvé'élé hydroelectric power station, which currently only delivers about 80 MW out of an installed capacity of 211 MW, will be shut down. According to a press release from the Minister of Water and Energy, during this period, the 225 KV line from the power station site (southern region) will be connected to the Mbalmayo transformer station in the central region.

According to Minister Gaston Eloundou Essomba, the purpose of this work "is to increase the current volume of energy produced by the Memvé'élé hydroelectric power station, to significantly reduce the burden on the thermal power stations of the Southern interconnected network, whose fuel supply affects the State's treasury.”

To "mitigate" the disruptions caused by this work, Gaston Eloundou Essomba informs that "instructions have been given to the company Eneo (ed.note: concessionaire of the public electricity service), for the commissioning of the thermal power stations of Ebolowa (South), Mbalmayo and Yaoundé (Centre)."