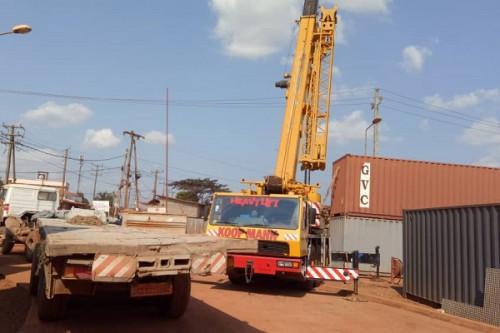 (Business in Cameroon) - On November 30, Eneo's teams began dismantling equipment at the Ahala power plant in the suburbs of Yaoundé and transferring them to the cities of Garoua and Ngaoundéré (in the northern part of Cameroon). This operation, which aims to add 20MW of energy to the northern network, should be completed by mid-January 2021. Specifically, 12 additional MW will be installed at the Djamboutou power plant (which already has a capacity of 20 MW) while 8 MW will be installed in Ngaoundéré.

This was decided by the government to reduce the load shedding being experienced by the North, Far North, and Adamaoua (for two months now) due to low rainfall which reduced the filling rate of the Lagdo dam (the main infrastructure that supplies energy in these parts of the country) to 48%.

Even though this energy transfer will provide electricity in the northern regions and improve the lives of residents, its operationalization proves to be very costly, even unsustainable over time. Indeed, sources close to the case informed that the production of the 20MW of thermal power requires an envelope of XAF80 million for fuel costs. For one month then, the required fuel costs for that purpose will be XAF2.2 billion.

As the Djamboutou power plant already produces 20MW, if another 20MW is added, the fuel bill will be doubled, corresponding to an overall cost of XAF4.4 billion monthly or XAF52.8 billion yearly.  One should just wonder whether this transfer will not lead to the same scenario as that observed for the thermal program PTU (Programme thermique d’urgence) put in place by the government in 2010 (before the 2011 presidential elections) to offset load shedding in the country. As of December 2012, the four power plants (100 MW in total capacity) set up under the PTU (Yaoundé-Ahala, Mbalmayo, Ebolowa, and Bamenda) were all shut down for non-payment of diesel bills and management fees to the independent producers that were mobilized for the project. Also, the government, Eneo (which was known as Aes Sonel at the time), and EDC were buck-passing the responsibility of those bills estimated at several billion XAF.

According to sources in the electricity sector, although the current solution can satisfy residents’ needs in the short-term, alternative solutions should be considered given the high costs involved in its implementation. In that regard, the three solar power plant projects totaling 35MW (in the cities of Maroua (15 MW), Guider (10 MW), and Ngaoundéré (10 MW), come invariably to mind. According to some sources, the projects being developed since 2018 are facing delays from administrative procedures.