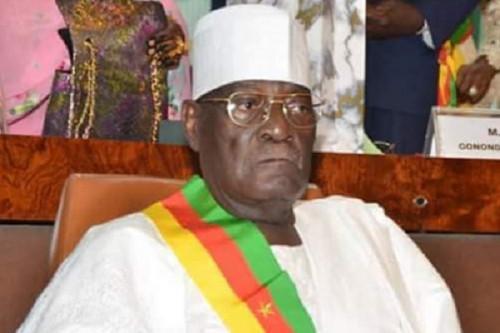 (Business in Cameroon) - Electric utility ENEO and electricity transport company SONATREL should be held liable for the numerous power outages being experienced in the country since January 2021. This was disclosed by Cavaye Yéguié Djibril (photo), President of the National Assembly, on April 9, 2021, while closing the March 2021 parliamentary session. indicated The MP also called on the government about the issue.

"I can not conclude my speech without mentioning a major concern for our population, namely the untimely power cuts our compatriots are experiencing daily and the power outages that last for days and weeks sometimes in many areas in our country. I call on ENEO and SONATREL to find quick and definitive solutions [to those outages]. I also invite the government to take responsibility. Power cuts should be an exception rather than the rule," he said.

Indeed, since January 2021, power outages have once again become a regular phenomenon in Cameroon. According to operators of the electricity network, the outages are caused by the repeated power grid collapses, the multiplication of incidents on the distribution network, the works initiated to renovate and strengthen the distribution network, and the low water pressure (in the northern regions mainly). These outages affect the population and disrupt companies’ operations.