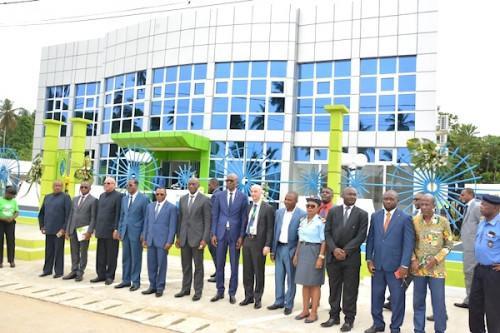 (Business in Cameroon) - Most Yaoundé residents are currently in the dark because of frequent power outages. ENEO, the institution in charge of energy distribution in Cameroon, published a statement explaining that one of its important distribution stations in Yaoundé got burnt, disrupting the network.

“A rotating energy provision schedule will be progressively phased out till the end of the month,” the statement informs. In fact, the crisis could last until the distribution station is rebuilt (between 2 to 6 months). In the meantime, the lack of information about the rotation schedule is not without consequences.

In the university district where there are numerous SMEs offering reprography services, promoters have been affected by the six straight days of power outage. Still, they received no explanations. Some of them have decided to switch to power generators but, most of them are still counting their losses. Many other small economic agents who depend on energy are also expressing their worries.

ENEO provided no information about the cause of the fire but residents closer to the station are not surprised because installations were old. It is hard to say who, between the major shareholder (British Actis) and the government, was to invest in the company’s equipment renewal because the concession agreement is not publicly available.

Let’s note in Cameroon, energy access remains a major challenge. The government has taken numerous initiatives, in terms of investments and measures aimed at improving the legislative framework. However, the initiatives’ efficiency is not yet perceived. Many suburban areas still lack seamless electricity supply. In large cities like Yaoundé and Douala, power outages are also frequent.