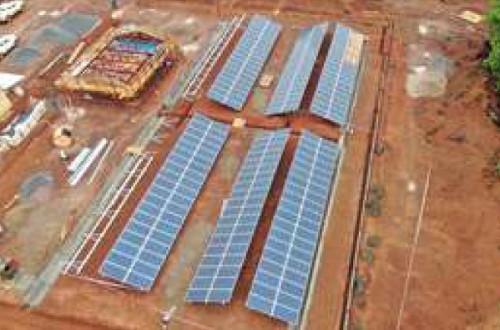 (Business in Cameroon) - The Guider (10MW) and Maroua (15MW) solar power plants will cost XAF14 billion, according to electric utility ENEO, which disclosed the figure in its recently-published 2019 report.

Sources close to the case inform that despite the contract signed, by ENEO, with a consortium formed by Scatec Solar, Izuba Energy, and Sphinx Energy, the implementation of this solar plant construction project (initiated in 2018) is currently slowed down by administrative problems. The sources explain that the state of Cameroon is yet to provide some guarantees the winning consortium requested before starting the construction works.

Let’s note that according to an authorized source, the infrastructures can be completed and delivered in less than 12 months, thus reducing energy production cost by XAF50 per kilowatt (from XAF250 to 200).

The 25MW of solar energy expected from the Guider and Maroua plants (presented by ENEO as the first of such infracstuctures in the Central African sub-region) will help diversify Cameroon’s energy mi, which is still largely dominated by thermal and hydroelectric energy.