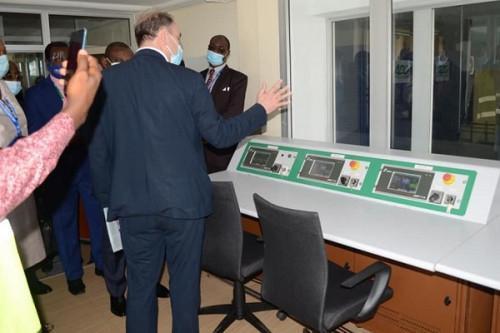 (Business in Cameroon) - French company Ineo Energy & Systems recently delivered a power plant to the Yaoundé-Nsimalen international airport, located on the outskirts of the capital of Cameroon. The energy infrastructure has 680 KVA x 2 generation capacity and costs XAF4.8 billion.

"This power station, equipped with the latest generation tools, will produce and distribute backup electrical energy to the Yaoundé-Nsimalen International Airport. Thanks to it, the Yaoundé-Nsimalen International Airport can now have 24-hour electrical energy autonomy. This autonomy is, by the way, our ambition for all our airports and we are working towards it,"  the civil aviation authority explains adding that for a 112-hour autonomy, 15,000 liters of fuel is needed.

This new infrastructure is part of a plan, launched in 2018, to modernize Cameroon's airports. For instance, at the Yaoundé-Nsimalen International Airport, an access control post was built at the airport entrance, the security system was modernized with the introduction of operational security agents and a new video surveillance system.

At the Douala International Airport, photovoltaic panels equipped with a 1.2MW generation capacity were installed while at the Bafoussam-Bamougoum Airport, air navigation safety has been strengthened with the construction of a bypass road, a security barrier, supply of control tower equipment, and renovation of the passenger terminal.

In 2019, the Civil Aviation Authority indicated that it will focus on improving electrical power and lighting for safer operations. That way, external and internal services will be improved.