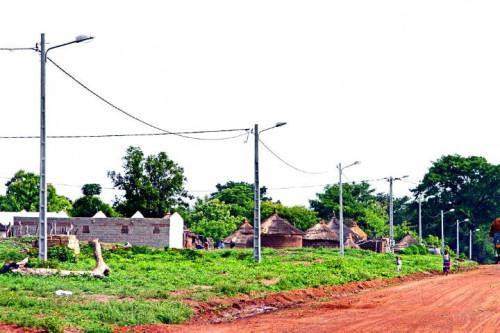 "(Business in Cameroon) - Before the end of the first half of 2022, the 150 localities we are planning to electrify and connect to the plant at the foot of the Lom Pangar dam will all be connected." Those are the revelations made by Théordore Nsangou, Director General of Electricity Development Corporation (EDC), the state company in charge of the management of public electricity assets in Cameroon, during an interview with state media Cameroon Tribune.

During the interview, the official announced that the first turbine (7.5MW) of the said plant will be commissioned between March and April 2022. The three remaining turbines will follow, allowing the plant whose construction works were officially launched in September 2018, to generate 30MW of electricity yearly for Eastern communities that are still facing huge electricity access difficulties.

According to sources close to the case, Mr Nsangou’s optimism about the completion of that plant is comforted by the fact that in late 2021, French company Cegelec is expected to deliver 105 kilometres of transmission line in the framework of the project. Those transmission lines will be used to connect the 150 localities to the electricity network.