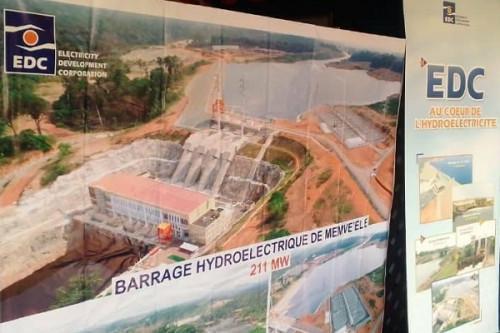 (Business in Cameroon) - The stock of receivables the Electricity Development Corporation (EDC) was claiming from partner companies increased by almost 25% year-on-year in 2020. Compared to the stock in 2018, the 2020 stock was almost up by 82%. According to the 2020 report published by the CTR -Technical Commission for the Rehabilitation of Public and Parastatal Enterprises- on the performance of state and parastatal firms, the rise in debt stock was due to the accumulation of unpaid water rights totaling XAF34.5 billion over 2016-2019.

This situation represents a budgetary risk for the state because, during the period under review, the government once again supported EDC, through the national sinking fund CAA, by refunding XAF8 billion, representing the matured portion of the EDC’s debt assumed by the government.

As a reminder, as a public company, EDC manages various dams and reservoirs in Cameroon. In that regard, it invoices electricity producers for the volumes of water provided to them for their generation needs.

Currently, its client ENEO, which is usually cash-strapped due to the debts the government owes it, is generally unable to pay those water rights. Most of the time, it even conditions the payment of that right to the settlement of the debts it should collect from the central government and decentralized territorial administrations. For instance, in December 2021 when the government committed to releasing XAF182 billion for the debts owed to ENEO, the electric utility promised to pay XAF17 billion to EDC as arrears in water rights payments.