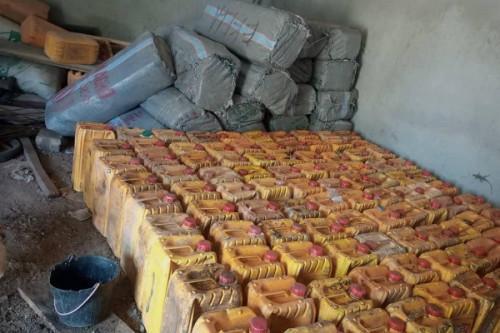 (Business in Cameroon) - Cameroon loses XAF32 billion to illegal oil product handling yearly, according to Véronique Moampea Mbio, director-general of  Cameroon Petroleum Depot Company (SCDP). Apart from those net losses, the activities also destroy the environment because operations like adulteration are carried out in inappropriate areas leaving chemical residues in the soil and destroying the fauna and flora, she added.

The activities referred to by the SCDP under the term “illegal handling” include adulteration of oil products with other substances, transportation of those products in inappropriate equipment, storage of oil products in places not meeting the required standards, and siphoning fuel or gas from tankers and gas tank.

For SCDP experts, those acts expose perpetrators, that are usually not qualified personnel, to several hazards and even to the loss of human life. An example of the hazards of such acts is the damages sustained during the recent explosion of a private property that was converted into a gas-filling plant by traffickers in Yaounde.

To raise awareness of the dangers of these practices, and help mitigate the damages, SCDP recently launched a national campaign against the illegal handling of petroleum products. "We are planning to set up call centers and perhaps, later on, initiate TV and radio broadcasts to raise awareness and denounce this practice," announced Véronique Moampea Mbio.

The campaign was launched in the northern part of Cameroon, where intense smuggling of petroleum products with neighboring Nigeria has been going on for years. Oil products smuggling is thriving in those regions (North, Adamaoua, and the Far North) because they have few filling stations that supply residents. So, they systematically recourse to  "zoua zoua", the usual name for adulterated super or diesel fuel smuggled from Nigeria. In the regions, zoua zoua is readily sold by the roadsides by people of all ages.