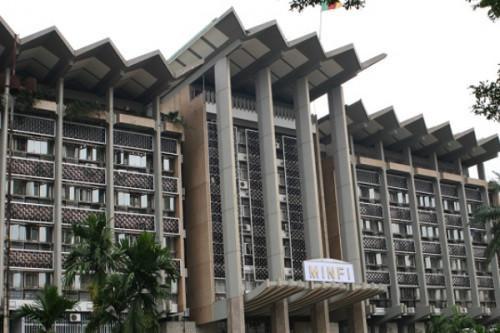 (Business in Cameroon) - Cameroon received last April 29 the green light from Cosumaf, the Central African Financial Market Surveillance Committee, to proceed with its 2022 bond issue. “The State of Cameroon is authorized to carry out a bond issue by public call for savings, for an amount of CFA200 billion," reads the decision signed by the President of Cosumaf, Chadian Nagoum Yamassoum.

Officials from the Finance Ministry say this approval unlocks the communication campaign and the roadshow to attract investors. Cosumaf reveals that the upcoming public call for savings has an interest rate of 6.25% for 7 years (including a 2-year grace period). We also learned that the bond’s arrangers have cast a wide net to constitute the investment syndicate. In total, 27 banks and other stock exchange companies approved in the Cemac zone can participate.

Observers believe it should be quite easy for this syndicate of underwriters to raise the remaining CFA19.5 billion needed as part of the transaction. As a reminder, the four arrangers of the bond issue (BGFI Bourse, Afriland Bourse & Investissement, Société Générale Capital Securities Central Africa, and Upline Securities Central Africa) have already guaranteed CFA180.5 billion of the underwriting.

The Cameroonian government intends to use the amount from its 6th bind issue for infrastructure projects. Of the CFA200 billion sough-after, the state wants to pump a little more than CFA141 billion in road projects. This is about 70.5 % of the total amount.

In detail, CFA17 billion will go for the Yaoundé-Douala highway construction project (phase 1), CFA55 billion for road projects as part of the Three-Year Emergency Plan (Planut), CFA8 billion for works related to the opening up of the Western agricultural basin. Another CFA5 billion will go for asphalting works of the Mengong-Sangmélima road (73 km), etc. Urban development work is expected to swallow up CFA19 billion, and CFA17.4 billion will be injected into energy and drinking water supply projects. CFA7 billion will go for the construction of the plant at the foot of the Lom Pangar dam, while CFA5 billion will complete the State's contribution to the Memvé'élé hydroelectric development project (211 MW). The construction of a 400 kV transmission line between the Nachtigal dam and Bafoussam will swallow up CFA1 billion and the project to supply drinking water to Yaoundé from the Sanaga (Paepys) will receive CFA3 billion.

In addition, CFA15 billion will be used for the extension of the deepwater port of Kribi (phase 2), while CFA4.5 billion will serve for the reconstruction program in the Far North region, which suffered attacks by the Nigerian Islamist sect Boko Haram.