Africa should turn its back on development aid, Paul Biya says 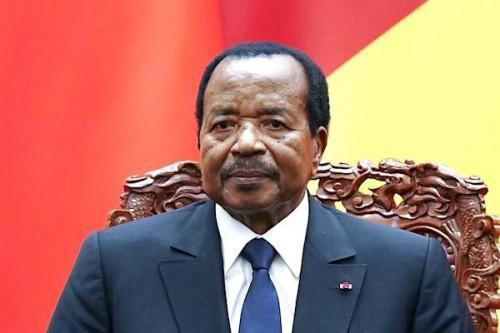 (Business in Cameroon) - Cameroonian President Paul Biya urges Africans to think about building an African capital market to gradually move away from the development aid system, which no longer meets the needs of the continent. He defended his opinion during the US-Africa summit currently ongoing in Washington.

The leader also noted the difficulty of obtaining private financing, which usually comes with "prohibitive" and restrictive conditions for sovereignties.

"An example of restriction is the pledging of certain natural resources requested by some investors. The financing models and instruments adopted contribute more to the re-exportation of capital, through loans without movement of funds to the continent, but with compulsory outflows of foreign currency upon repayment," the African President said. According to him, it would be more relevant to finance the exploitation and processing of resources locally. He called for the construction of “a real capital market, likely to offer tools adapted to the financing needs” of the continent.

The issue became a top priority with the Covid-19 crisis when rich countries were allowed to take unlimited measures to overextend their budgets, while Africa had to fight against the opinion of the rating agencies that presented it as highly speculative.

The idea of an African capital market is in line with activities carried out by the African Development Bank, through its Capital Markets Development Trust Fund (CMDTF). Achieving this goal will require greater synergy and a swift reaction by other heads of state. Several joint initiatives are still struggling to be effectively implemented on the continent.

The main challenge to overcome, according to the AfDB, is that as a whole, "African financial markets are marked by their small, shallow, illiquid and deeply fragmented nature. This contributes to the great power of commercial or investment banks, which are mostly owned by foreign investors”. President Biya's call, however, is a reminder that there is another option for financing Africa, and that while this solution depends on Africa, it is also important that partners change the way they cooperate.