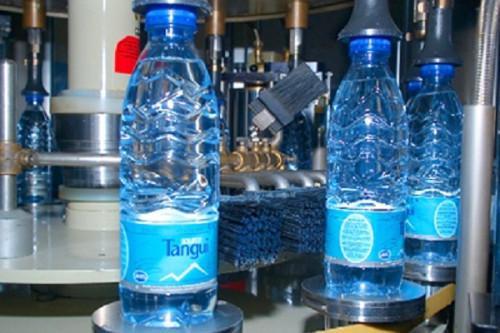 (Business in Cameroon) - Société des eaux minérales du Cameroun (SEMC), a company listed on the Central African Unified Stock Exchange, closed 2019 with a net result a little over CFAF79 million, according to an official document published by the company. This subsidiary of brewing group SABC was thus profitable after three successive years of losses (-316 million FCFA in 2016, -936 million in 2017 and -799 million in 2018), which led to fears of an early dissolution of the company, per the Ohada regulation.

SEMC is thus recovering after shareholders’ decision not to dissolve it. However, its performance during the financial year ending December 31, 2019, does not meet shareholders' expectations. Indeed, during a mixed general meeting of this company held on May 15, 2019, in Douala, shareholders projected a net result of about CFAF 410 million for the company.

These projections were based on an increase in the sales of the different forms of its water brand "Vitale". The company was expecting a 21% and 35% increase in its sales and production respectively in 2019. However, SEMC has been unable to achieve all those projected performances. Instead, the very first company listed in Central Africa recorded a net result five times lower than projections of the period.

The undisputed leader of the mineral water market in Cameroon for decades, with its famous brand "Source Tangui", SEMC was supplanted in 2016 by “Source du Pays”. The latter, which returned on the market after a few years’ pause, closed 2016 with a market share of around 52%, compared with only 36% for the subsidiary of SABC.

Since then, SEMC has been unable to close the gap despite the deployment, by SEMC and its parent company, of a plan to win back the market. This plan led to the launch, in 2017, of the mineral water brand “Vitale”, whose prices on the market are close to those of “Supermont”, Source du Pays’ leading brand.